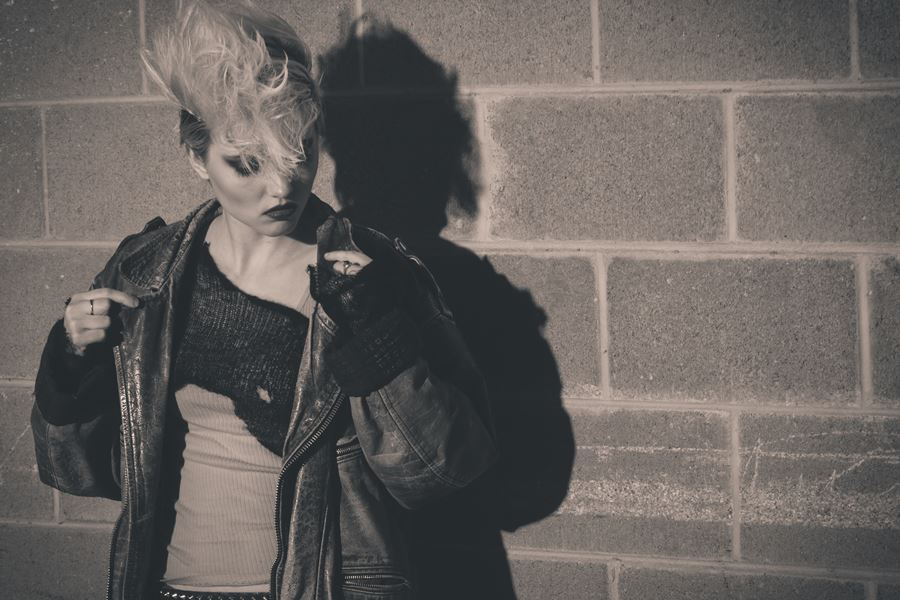 His work has been published on numerous occasions in US and international magazines, and several photographs have won awards. He is listed in the ONE LIFE 2012 Catalog and has a portfolio at Italian VOGUE/PhotoVogue and Art+Commerce/VOGUE NYC.

Jerry combines his background with his photography and style, creating vintage and surrealistic portraits of models in conceptual environments, devastated, displaced, out of the world, eerie and edgy with rebel and punk influences. Often with a touch of irony and sarcasm. But always with a strong meaning or statement.

His photographs are strong and are telling stories. Every single one of it. His work includes dark romantic and vintage space-age photography. Growing up during the Cold War in West Germany and reading his dad’s over-sized NY Photo Academy books from the sixties influenced his style.

Since he didn’t speak English back then, the descriptive words to the pictures didn’t make too much sense, so he focused on the images instead. Images that are still blurry somewhere in his mind and that he now uses for inspirations of his work. Jerry started with Street Photography and Photojournalism, both very strong and expressive ways of photography.

One of the strongest arguments against photography as an art form is the ability of a viewer to simply and quickly take in all of the aspects of a photo, and move on. No back story. Nothing left to the imagination, as some would say. I challenge these people to dismiss the works of Thomas H.P. Jerusalem so quickly. These are images that haunt you by being both familiar, and strange. They raise more questions than answers, and the longer you study them, more mysteries some to light.

You wonder what happened to the old dance hall [The old Dance Hall, Model: Natalie Lowden]? You wonder why the woman in white is walking the dog so late at night, and what is holding the dog’s attention [Black Ice, Model: Danielle Bateman, VOGUE Italia]? You wonder why the models dress matches the wallpaper [Tapetenwechsel, Model: Alicia Jerusalem, VOGUE Italia]? You wonder why Hallie looks so dismayed [Hallie, Model: Hallie Marie]? They say a picture is worth a thousand words, but Thomas’ photos amplify that, as his silent images send our minds racing. As we search for answers, perhaps the reality is as simple as the quote at the top of his photography page.

It’s all about the power to freeze a Moment in Time for Eternity, he explains and that is exactly what he has done. It was probably the many hours I spent with my dad, an amateur photographer, in his dark room watching him turning plain white paper into wonderful pictures using a light machine and some fluids in colored trays, he explained.

There was magic in this room behind the always closed door. I remember the dimmed red light, the film rolls, the developed negative films hanging on clothespins and the many wet photos posted on the tile walls until dry. Thomas said he would hold his breath, and watch as the white paper in the trays transformed into wonderful black and white photos that captured a moment in time, adding that this experience led him to his current passion for photography.

I can’t recall any specific one, there are too many that were best to me, he said as he tried to decide on a favorite photo experience, adding that all of his shoots have been uniquely memorable. Maybe the one when I was paparazzi shooting Heath Ledger during the Dark Knight filming.