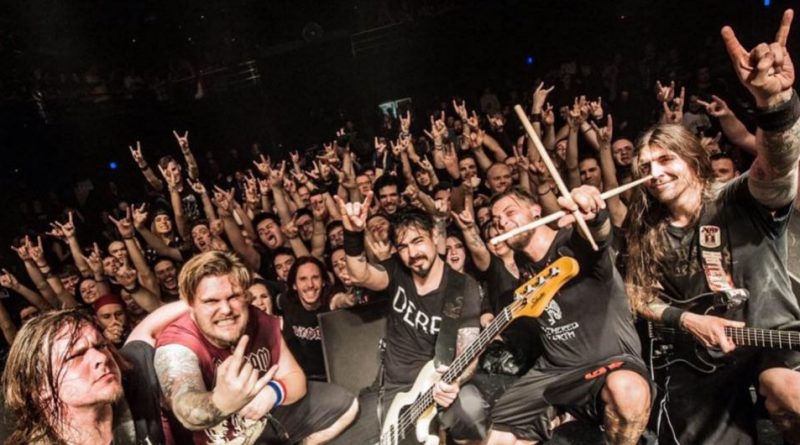 Hatesphere return with the bands 10th album and what a statement of intent it is!

Frontman Esse vocals are vicious, demonic and absorbing throughout Reduced to Flesh combined with Guitar slayers Kasper/Pepe flaying strings that peel the skin and mash your brains with their blistering delivery added in with the rhythm section of Jimmy (Bass) and Mikes Drums this makes this release simply phenomenal, vicious, energetic, spellbinding and in your face.

Opening with Praeludium the opening build up has you salivating with anticipation as the track builds and then Corpse of Mankind rampages into your presence as Esse spits nails from satans coffin into a mosh pit of Metal frenzy and you can’t catch your breath as Drums annihilate your senses as you chant Nothing is Definite this ones going to be huge live as the pandemonium cracks and breaks your bones, man I wanna be in the pit when this is played live.

Ruled by Domination releases a salvo of steel encrusted delirium, it’s a battering ram of intent and my favorite track on here, well today it is! it changes after every listen to this killer opus if am honest!

Title track Reduced to Flesh is up next and it’s like the illegitimate child of Slayer, Exodus and Testament thrown into the melting pot of killer lyrics and insanely face melting, brain cell destroying abandonment.

Can of Worms is a battering ram of a song its heavy as hell with some scintillating guitar solos and powerhouse drumming it fast and fucking furious as you continue to bang your head and slam into the mosh pit frenzy of Lethal Mistakes and Petty.

Penultimate track Afterlife is immense all hell erupts as the band unleash the demons of thrashing riffs, mixed into epic vicious vocals that have more venom than a pissed off rattle snake final song is Despicable you another one that gallops at you like a vindictive, maniac bull on amphetamines, the aim is to destroy, this is the mighty Hatesphere and this is a killer track to leave you begging for more an excellent track to finish of a jaw-droppingly, phenomenal album! Life just doesn’t get much better than this thrash monster.

So, to sum up this is a pure old school, neck destroying behemoth that’s reigniting the flame of 80s speed Metal, its bruising brutal and takes no fucking prisoners! Go get a hold of this cracking neck snapping killer release, it won’t disappoint!