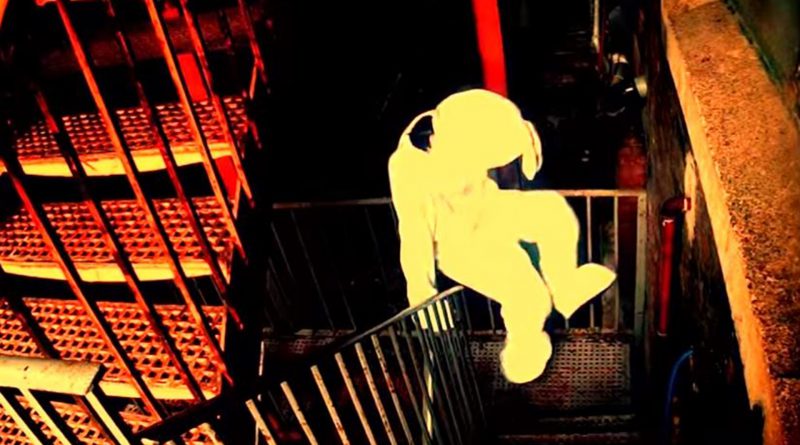 Who is Vicious Precious, tell us her story. Vicious Precious is a madman, trapped in a world of normal.
If Mickey Mouse was always drunk and liked to say Fuck, he would’ve been played by me.

Why the bunny and what the heck is he doing? The bunny is a 6ft5 drummer called Dammit Dan and is the looniest drummer in all the land. Buy him alcohol!

Your album titled “It All Stems From Childhood”, does this mean your own childhood? It definitely draws from my own childhood which , as you can draw from the album, was a dark one.

The album itself was created to help others currently in a dark youth without a voice to be heard. It’s the adult me saying all the things the child me wanted to say but never could because I was never able to be heard.

Making a video with a clown, wasn’t that kinda scary? No way! I love clowns! They’re petrifying to others but awesome to me! But I’ve always liked to shock and scare and finding something that I like is scary to others makes me want to use it more.

Who’s with you on stage? Currently it’s Dammit Dan, Sakura Dahmer and I. We are currently filling the bassist spot so hopefully within this month there will be another poor fucker on stage with us.

What made you go Goth Trash? I was born Goth Trash!

What’s up for 2016, any exciting gigs or projects coming up? LOTS coming up in 2016! We have tour announcements soon and starting to make the next PA album!

Booked my first day in the studio next month and absolutely CANNOT wait! Got insane ideas running through my head; it’s gonna be wicked!

If you could change one thing in your life, what would it be and how would you make it different? I would change that I let others stifle me in the past and took my focus away on all the things I wanted to do. Never let anyone dull your shine! We only have one life and, from this point on, I intend to live it to the fullest!