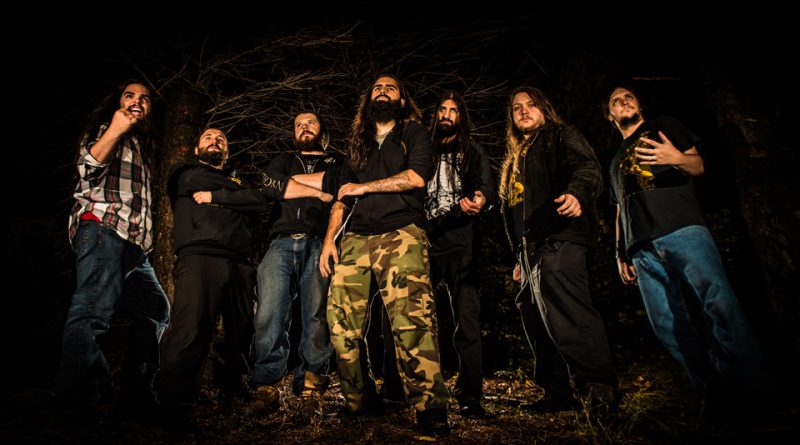 Hailing from Alma, Quebec, Trollwar combine the best elements of folk, melodic death and black metal into something vital, potent and uniquely their own.

They build on the foundations created by the likes of Finntroll and Amon Amarth to forge fiery folky metal that is distinctly theirs. Even their name could only be theirs as guitarist Steeve Jobin-Fortin says: Trollwar is a name that is catchy and easy to remember. It represents the band’s early direction towards the Folk Metal scene.

Following such well-received releases as Bloodshed Forges and Earthdawn Groves, Trollwar are working mightily to forge a new EP The Traveler’s Path, that will feature their trademark symphony, brutality, darkness, ambiance and power!.

All Trollwars songs are a collaborative effort, as the bands proudly states. Live the listener can expect something epicSeven metalheads banging their heads offepic breakdowns and melodies. Its harder to move on stage when you are seven strong and play in small venuesbut it wont keep the energy from being thrown in your face from the stage.

Trollwars lyrics are mainly inspired by books such as Tolkien’s or Lovecraft’s. It can also be inspired by mythological events such as the ones in old European mythologies.

The new release will be way darker and deeper than Earthdawn Groves but Trollwar is always following the same path. Starting from a blend of blackened folk metal, we worked really hard to develop the melodic and dynamic aspects that forge our sound. Prepare for something really epic. Adding an orchestral aspect to both the album production and live act will be a great phase for us.