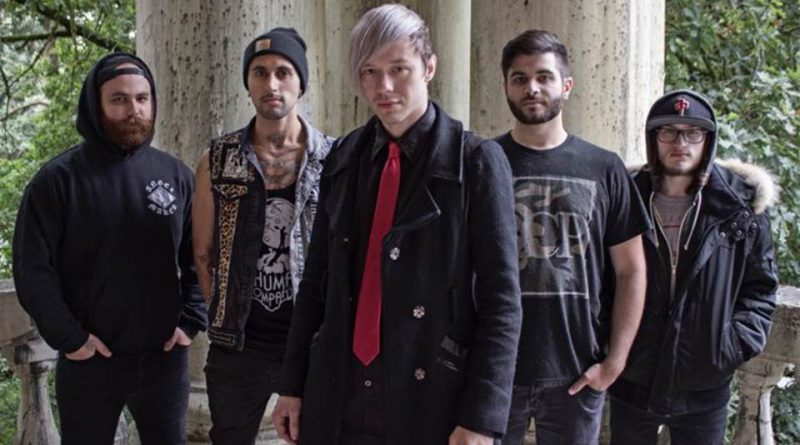 After furthering their sound with their first track off of the album, “Mare Imbrium”, and going back to their roots with heavy, thick and groovy riffing and scathing vocals in their title track, “Phantom Of The Hill”, the Canadian quintet is, once again, ready to bring their A-game with the latest track.

We asked the band to elaborate on the track, and Johnny Ciardullo (bass, vocals) had the following to say: “Revival was a song that I sent to the band as an instrumental following my arrival as permanent Bass player and song writer.

It takes on a more simplistic structure when held against existing Galactic Pegasus material. We were incredibly pleased with how the lyrics and vocals turned out for this track. Hockley did an incredible job with writing captivating, interesting miniature stories all across this record, and this song is no exception. I’m real happy with how this track turned out and I’m glad it made its way onto the record”.

Best described as a progressive metalcore band, Galactic Pegasus come from from British Columbia, Canada. Their sound is mostly influenced by Metalcore from the late 2000’s, as well as the more modern Djent movement.

By combining these two main influences, along with many others from each member, Galactic Pegasus has been able to create their own unique sound. The band was originally formed in 2012 as a solo project by founding member, Andrew Baena. After receiving numerous show offers, it was converted into a full-fledged band that now has two EPs, a full length album, and a cross-Canada tour under their belt.

“Phantom Of The Hill” was released November 18th via Famined Records. For ride or die fans, or newcomers, the album can also be pre-ordered, along with all three singles as instant gratification tracks, at the links below.