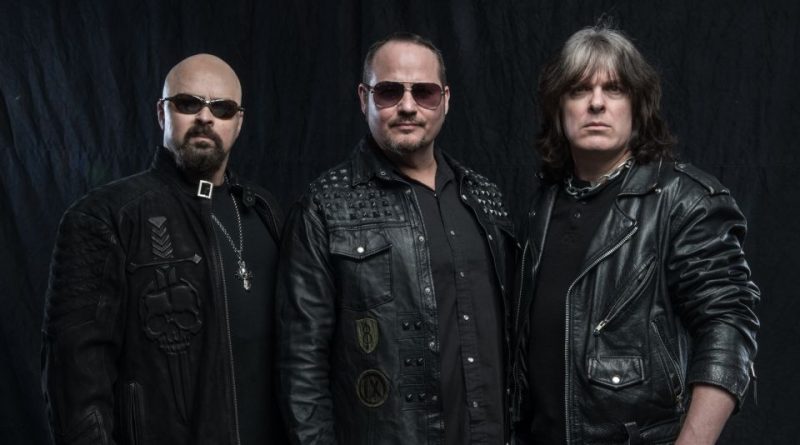 THE THREE TREMORS release ‘Invaders Of The Sky’ single and lyric video, taken from their storming new self titled debut album which is set for release on 18th January.

The Three Tremors nourish in heavy metal anthems, and feature the illustrious chops of guitarist Dave “Conan” Garcia, whose tenacity fuels the fire, allowing the music to naturally flow in complimentary tone.

Second guitarist Casey “The Sentinel” Trask picks up the pace and really pushes the boundaries alongside bassist Alex Pickard, who highlights a melodic sensibility giving character to the overall tonality. On drums, the thrash machine Sean Elg adds in his perfectly placed fills and signature double bass patterns.

The self-titled debut album will feature 12 new songs that depict monumental stories of time honored heavy metal themes as written by Sean Peck, focusing on original concepts to highlight three of the most revered and relentless voices in heavy metal.

The Three Tremors will court you in to an entirely new atmosphere unlike any group before. Prepare for the most thrilling heavy metal record to date!