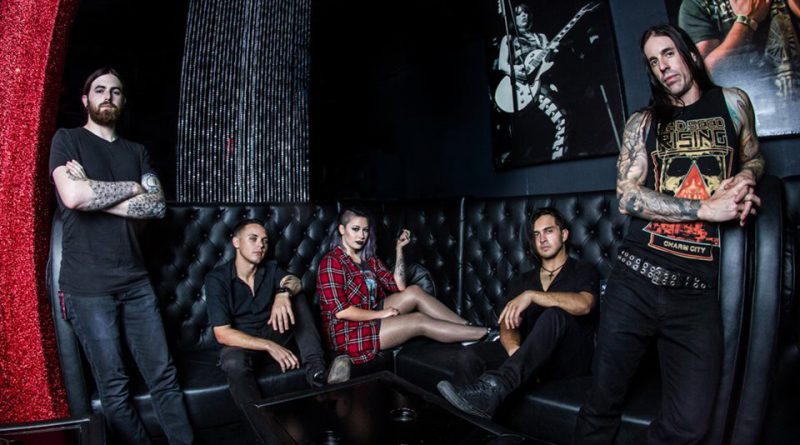 US hard rockers LETTERS FROM THE FIRE to release their debut album “Worth The Pain” in Europe/UK on March 18, 2017 via Sand Hill Records/Cargo Records.

“Worth the Pain”, featuring 13 new songs that offer a beguiling mix of melody and heaviness.

“These are our stories our trials and tribulations. This is who we are.” That’s Mike Keller, the guitarist and founder behind the Bay Area rock powerhouse Letters From the Fire, explaining his band’s moniker.

Ostensibly lifted from an old lyric, the phrase now serves as both a reminder of the band’s sometimes turbulent originas well as a rallying cry as the group moves forward and (re)introduces themselves to the music world.

While Letters From the Fire has existed for a bit, the group only recently solidified a lineup that best represents Keller’s original vision (the band is rounded out by Alexa Kabazie, Cameron Stucky, Clayton Wages and Brian Sumwalt).

The band found a modicum of early success doing national tours with the likes of Fuel, Trapt, Non Point and Pop Evil, recording with former Evanescence guitarist Ben Moody and scoring a few rock radio hits (“Zombies in the Sun,” a cover of “Eleanor Rigby”).

But singer changes abounded… until they met Alexa Kabazie.

“We heard about this singer from Kile Odell, this producer we were working with,” says Keller. “She was killing it on the demos we heard. We had to fly to North Carolina just to see if she could do it in person.

She nailed the audition literally on the first try. Two weeks later, we already had seven songs ready to go. She’s a star in the making.”

With Kabazie now helping out on melody and lyrics, the band shifted gears. “She was all over the heavy stuff,” says Keller. “We actually scratched a lot of stuff and wrote around her voice.

It’s interesting what she brings, because we’re not really like In This Moment or Halestorm or anything you’re hearing in rock right now.”

You can hear the band’s new focus on Worth the Pain, 13 new songs that offer a beguiling mix of melody and heaviness.

Along the way, the album offers twists and turns: The slow piano build of “At War” gives way to the harsher realm of “Control,” while the heavy groove of “Last December” co-exists near the perfect mix of pop and aggression in “Mother Misery.”

Throughout, Kabazie sounds both defiant and reflective, stating “I’ve been a soldier in every battle except my own” and, in the title track, simply stating “Thank you for walking away.”

LETTERS FROM THE FIRE line-up