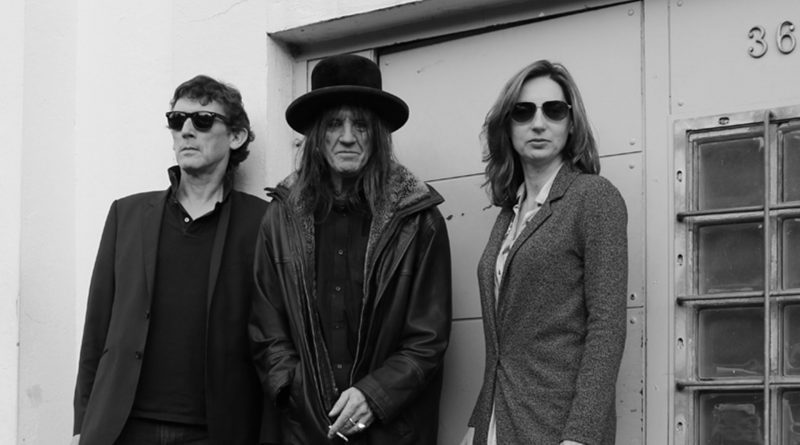 UK rockers Thirsty, featuring Guy Bailey (founder of English rock band The Quireboys) and Russian poet, Irina D to release their second album “Albatross” on November 7, 2016 via Thristy Music. The new album derives its name from the lead off single and is entitled “Albatross”. The album artwork can be viewed below.

It’s “steady as she goes” for the sophomore album, as Thirsty develop their winning formula. Once again, Thirsty rely on legendary Rolling Stones producer Chris Kimsey for production, mixing, mastering and all round inspiration. The creative impetus for the album is once again the songwriting collaboration between Bailey and Russian poet Irina D.

As was the case for the debut album “Thirsty”, Guy Bailey himself sings lead vocals and plays all guitars on “Albatross” – whilst the line up of the band is completed with drums/percussion from Simon Hanson of Squeeze and bass/keys from former ‘Quireboys’ Chris Johnstone. And, just as before, the album features guest backing vocals from rock/soul diva Lynne Jackaman (Jackaman; Saint Jude).

Thirsty firmly believe in the enduring immediacy of the three-minute formula. The pop and rock art form defined by the 45 RPM single format which required records no more than three minutes long. The finest examples built on an original mix of deceptively simple lyrics and powerful rhythmic accompaniment to create a striking new art form which transformed popular culture.

The pop song format was transformed by The Beatles and The Rolling Stones. And the potential of the disposable pop/rock song was further expanded by Andy Warhol; The Velvet Underground; Lou Reed; Bowie; Dylan and Pink Floyd.

As with many of the best art forms, Thirsty believe that working within the disciplines of a simple but strict structure is not limiting but provides the best artists with the opportunity to be most creative. Less is more.