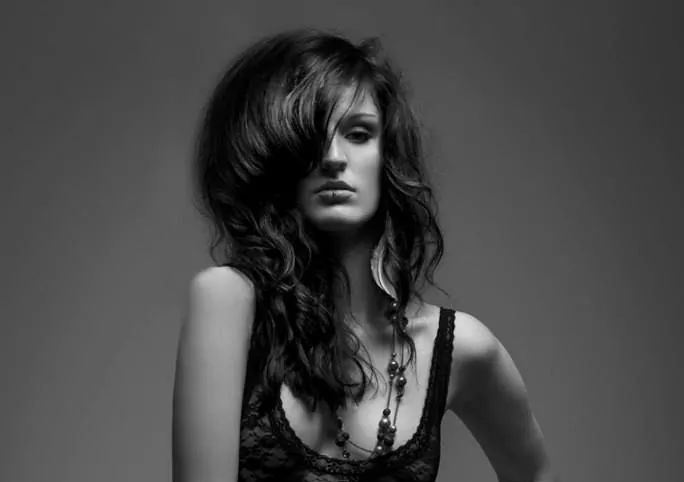 My artist name is “Scarlett Cyanide”. Scarlett because it’s a pretty name, and Cyanide because I adore the band HIM since I was 11, as I searched for a name and I listened much to the Song “Cyanide Sun” by them.

It all started in 2009, as I decided to be in front of the camera at a photo shoot for the very first time. In 2010 I had my first fashion show for a designer and from then on I decided to model. I don’t prefer just one style at my photo shoots. I love to switch into different kind of styles though I like it more casual private.

I need time to create a shoot. I want to wear new stuff I hadn’t worn at a shoot already, and want to create something I haven’t done before. I just love to be creative as much as I can. I am a very critical person when it is about the results of my shoots. I want to be 100% satisfied.

I have got a few tattoos so far, but more are coming. I had a lip piercing but after 5 years I decided to put it out and a nose one in. I love animals! I don’t eat meat and would never wear real fur or real leather.

Festivals and concerts are also a big part of my life. I just love to travel and seeing different kind of places. I can’t describe my taste of music, it just has to catch me. But I can say I love bands like Nirvana, Aerosmith, Koorpiklaani, HIM, and of course the band of my boyfriend Haggefugg. Next of being a model I have got an education as Media Designer and Makeup Artist.

How would you describe your work, and what is your main goal with your work as a model? Modeling is a part of self expression. Every photo shoot I create is another part of me. My main goal is just doing what I love as long as I can.

What are your plans for the future, are there any new and exciting projects you would like to share with us? I just take it how it comes, but a few ideas of upcoming photo shoots are already in planning.

How did you feel when you did your first ever fashion show or photo shoot? I was very excited about my first photo shoot. My first show was great! I had so much fun, it was at GothikaMesse 2010.

If your were not a model, what other profession would you have been doing instead? Definitively something creative and with humans or animals.

If a young girl or a boy wanted to be a model what would your advice for them be? First of all and that’s the most important thing: Feel comfortable, and don’t do things you don’t want to do. At least it should be fun!