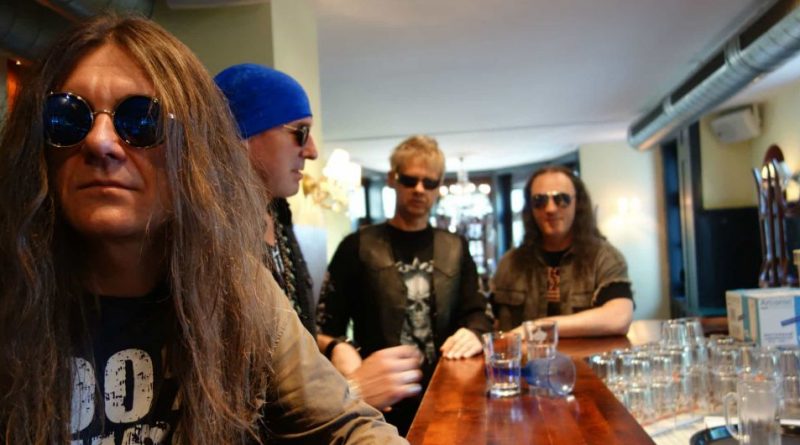 Their sound can be described as a good mix of traditional Rock and Metal, NWoBHM, on their new album more progressive than the predecessor with a shot of adrenaline and a dash of melodic rock sensibility with catchy chorus lines and melodic hooks which has helped develop a sound that has attracted attention from many different sources.

The creative process for the second album has been completed after a long battle stumbling through 4 different studios to get to its final result.

With their second album Demoncracy, God’s Army have delivered a tour de force in modern metal. If you like a message in your music, you’re gonna get one here!

Here is a band that refuses to bow to trends. If you want to hear songs based on fantasy or horror then this is not the album for you.

Lyrically God’s Army is serious about what they do and this is reflected in the musical themes explored on Demoncracy, an album to wake you from your daydream.

The album will be available as Digipack CD and Black Vinyl limited to 300 copies worldwide.

Demoncracy was mastered by Ade Emsley at “Table of Tone Mastering” in London (Iron Maiden). The artwork and layout design was made by Anestis Goudas.

1. You Are You
2. Free Your Mind
3. Enemy Maker
4. Final Destination
5. Games Without Frontiers
6. The All Seeing Eye

1. Before The Fall
2. The Replicant