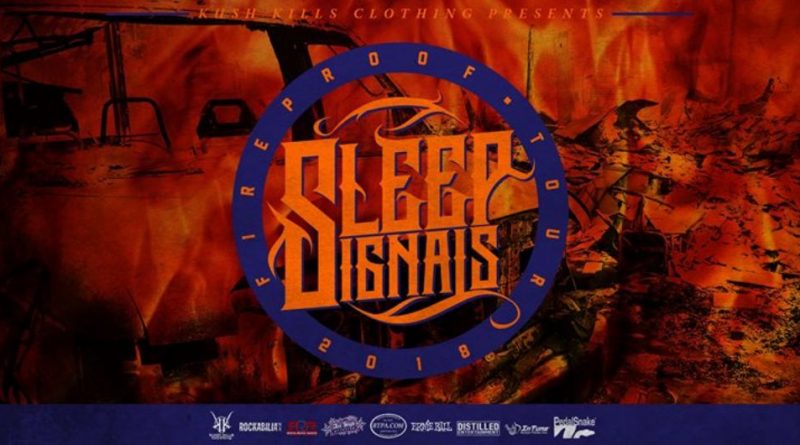 Minneapolis, MN-based rockers Sleep Signals have announced that they will return to the road on the Fireproof Tour, which begins September 7th at The Keg in Lincoln, Nebraska and concludes on October 20th. The band will also be playing the Break the Silence Festival in Fort Morgan, CO on September 8th.

In addition the band has announced a tour that quickly follows with Atreyu, Memphis May Fire, and Ice Nine Kills that kicks off on November 9th in Phoenix, Arizona and concludes on December 13th in Anaheim, California.

Tickets and VIP for the tour are available here

2018 promises to be a huge year for Sleep Signals, which has the band on tour through most of the year supporting their new album, At the End of the World. The album was produced by Grammy-nominated Justin Rimer (Saving Abel, 12 Stones) and features guest appearances from Marty Mccoy of Bobaflex and Josh Brown of Full Devil Jacket.

Founded in 2014, Sleep Signals hit the road in early 2015 and has since played over 200 shows in 36 states, sharing the stage with bands like Seether, In Flames, Saving Abel, Bobaflex, Ill Nino, The Dillinger Escape Plan, Every Time I Die, Alesana, and Volumes.

The band has also played several festivals including Northern Invasion, SXSW, and Heart of Texas Rockfest, supporting bands like Soundgarden, Godsmack, and Bush.

Dates with Atreyu, Memphis May Fire and Ice Nine Kills