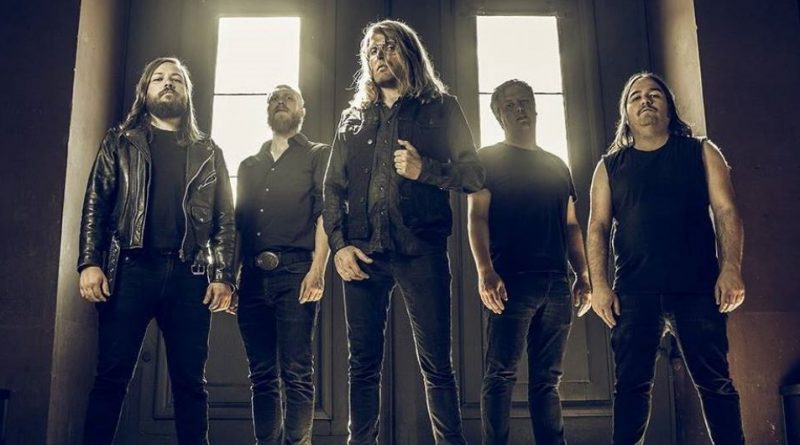 Epic metal quintet Rising has announced its fourth album Sword And Scythe as set for an release on October 26th via Indisciplinarian.

Also, the band has released an album trailer in which the intricate album artwork is revealed along with the first sounds from the record.

Rising takes an ambitious leap with the band’s fourth album Sword And Scythe, a concept album on the history of mankind seen from the perspective of cosmic circularity, where the full potential of the band’s musical vision unfolds in a collection of songs of both progressive outlook, melodic mastery and fierce aggression.

Sword And Scythe consists of ten songs and two short instrumentals produced by Jacob Bredahl and Rising, while the album’s artwork are once again created by singer Morten Grønnegaard.

Sword And Scythe will be released on October 26th 2018 as LP, black virgin vinyl with a beautifully illustrated gatefold cover and digital formats via Indisciplinarian.

To celebrate the release, Rising will host a free release show at the venue associated with the band’s rehearsal premises at Refshaleøen, Copenhagen on Saturday October 27th – join the event here.

In support of the band’s new album, Rising will be playing live on the following dates, with many more to come soon.