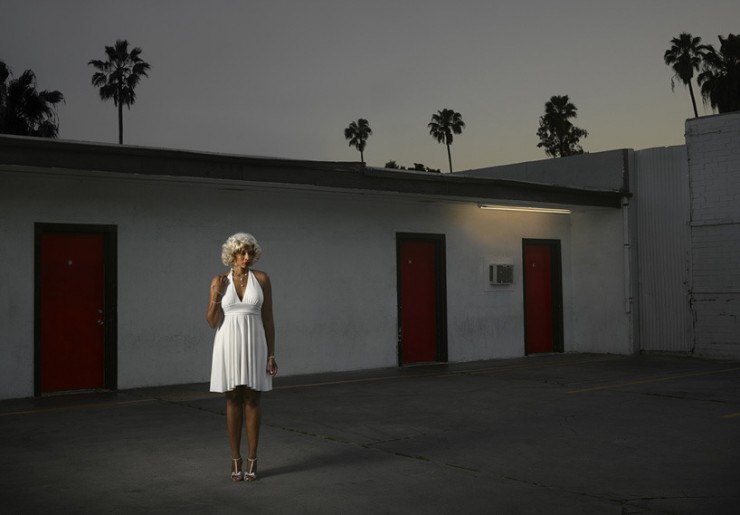 It did not take to long for Ken Hermann, a photographer Based in Copenhagen, to realize that Hollywood boulevard was not just full of stars but also gold, that is right my friends, “Hollyweird” is pure gold.

Ken Hermann saw the potential in all those lookalikes impersonators and iconic cartoon characters from the streets of Hollywood and puts them in everyday situations, Hermann wants to show us their personal and private lives.

“After talking to several of the impersonators it became clear to me that many of them are, or once were, pursuing the American dream of becoming someone special and famous.”

“The success of the street characters wasn’t about being the most perfect look alike — it also depended upon acting as the most hyped or popular characters or maybe just having a funny or crazy attitude.”

This series captures  something very intimate and somehow melancholic in the live of these characters, we can see them after show where the street’s atmosphere that sorround them is gone, they are alone with their thoughts.

If you want to see more of Ken Hermann’s work you just click Ken Hermann.