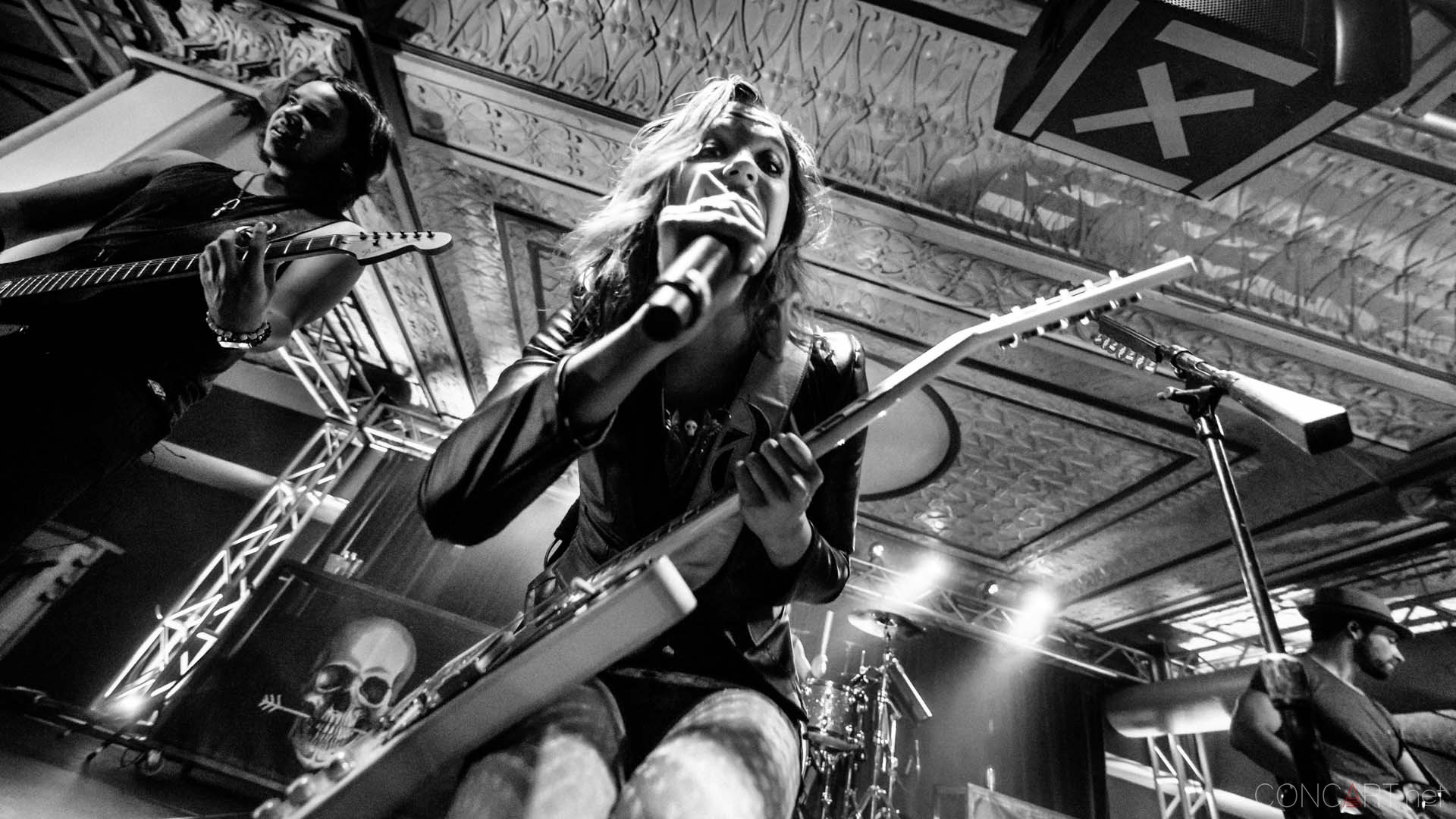 Halestorm is an American hard rock band from Red Lion, Pennsylvania, consisting of lead vocalist and guitarist Lzzy Hale, her brother drummer and percussionist Arejay Hale, guitarist Joe Hottinger and bassist Josh Smith. The group’s self-titled debut album was released on April 28, 2009, through Atlantic Records. Their second album The Strange Case Of… was released on April 10, 2012. The song “Love Bites (So Do I)” from that album won their first Grammy Award for Best Hard Rock/Metal Performance on February 10, 2013.

Halestorm is well known for their near non-stop touring, often performing as many as 250 shows a year. Since 2006 they have toured with many hard rock and heavy metal acts including Chevelle, Seether, Staind, Papa Roach, Trapt, Three Days Grace, Theory of a Deadman, Buckcherry, Disturbed, Shinedown, Avenged Sevenfold, Stone Sour, Hellyeah, Heaven & Hell, Evanescence and Bullet For My Valentine. Halestorm appeared on the first annual Rockstar Energy Drink Uproar Festival, and in October 2010 the band traveled to Japan to participate in the Loud Park Festival. Halestorm also appeared on the 2010 Taste of Chaostour.