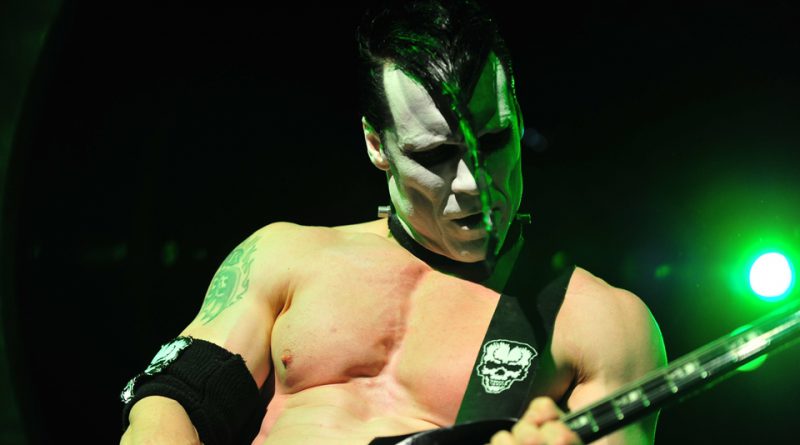 Former Misfits guitarist Doyle Wolfgang Von Frankenstein has signed a deal with David Ellefson’s EMP Label Group, who will release their new album AS WE DIE in Spring 2017 in conjunction with Doyle’s label Monsterman Records.

“I worked really closely with Bruce (Miyaki – Doyle’s Manager) and Monsterman on (Doyle’s 2013 release) Abominator, and I was actually the marketing director out of the gate on that release. Over the years, I’ve stayed involved, and we’re all good friends, and with David Ellefson, who also had a great relationship with Doyle, eventually as EMP came to fruition the conversation inevitably came up about seeing if there was a fit there.

With everything else going on in all of our Worlds, it took a bit of a detour to finally get here, but I can’t express how excited we are to finally be able to put this all together. The legacy of someone like Doyle, who is such a legendary talent, is always such an amazing gift when it comes to putting out records, especially for a label like EMP, where we are all HUGE, genuine music fans. And there’s really not many out there who can hold a candle to Doyle, in terms of talent OR legacy.”

EMP President David Ellefson agrees. “I’ve always loved Doyle and we’ve had a great relationship that goes back a long time. We’d started some talk last year when Doyle and Alissa (White-Gluz) came out to do some stuff with Metal Allegiance, and it just became an ongoing conversation over the past year. Now that it’s official, we’re extremely excited to be able to not only push out this new Doyle record, which is amazing, but all the killer Monsterman titles via EMP.”

Says Doyle: “When Dave came to me with an offer for our new CD As We Die it was a no brainer. He has been a good friend of mine for 20 + years, and has never done me wrong, and in this business that’s unheard of. We didn’t want to release it ourselves on Monster Man, we wanted a bigger push and EMP has a lot of exciting things happening in 2017 that will do that for us.”

Doyle, the current project of Von Frankenstein, with Cancerslug vocalist Alex “Wolfman” Story, and a current lineup rounded out by bassist Brandon Strate and drummer Brandon Pertzborn, continues the lineage of Doyle’s former projects, pairing crushing metal riffs with ferocious Punk Rock swagger and the theatrical intensity one would expect from one of the reigning kings, and erstwhile creators, of Horror-Core.

DOYLE has recently announced an extensive EUROPEAN TOUR in February 2017, including several dates in the UK, Germany, Austria, Italy, Hungary, and more. VIP and MEET AND GREET PASSES are available for purchase at officialdoyle.com