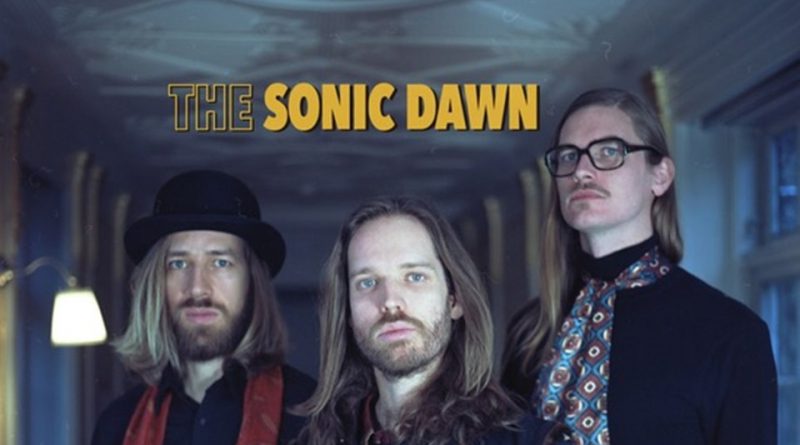 Heavy Psych Sounds is proud to announce the signing of Denmark’s psych rock masters THE SONIC DAWN, for the release of their new album “Into The Long Night” in April 2017.

THE SONIC DAWN is a trip – a psychedelic blend of styles, from jazzy sitar pop to heavy acid rock.

Since the release of their acclaimed debut “Perception” in 2015 (Nasoni Records), the Danish rockers have been caught on several European tours, which highlight was the Freak Valley Festival’s opening in 2016, who had them sharing the stage with Graveyard and White Hills.

This year again, they are confirmed to play the best venues and festivals, such as Liverpool Psych Fest.

Upcoming new album “Into the Long Night” is the trio’s most ambitious record yet. Written by day and recorded at night during a month of complete isolation by The North Sea, it is as light and gracious as it is dark and mysterious.

But the journey has just begun, as THE SONIC DAWN just inked a deal with Heavy Psych Sounds for its release it in April 2017.

Cover art and album details will be unveil soon, keep your eyes peeled!