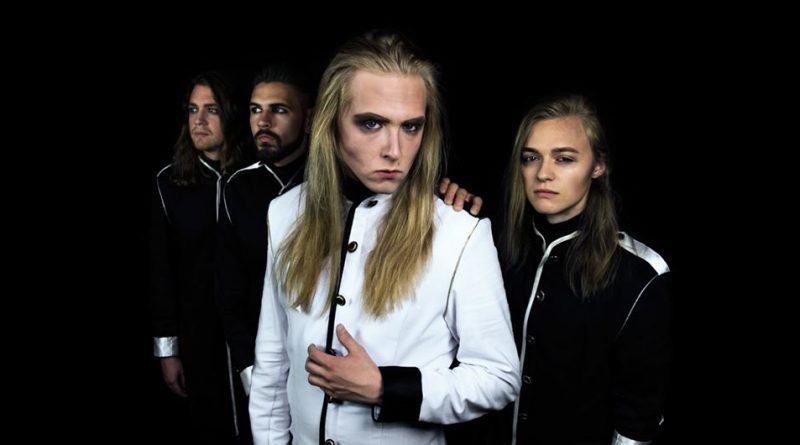 Hailing from Helsingborg, Sweden, Chronus is an exalted quartet formed in 2015 and led by the Baron.

Young, fresh and visionary, they carry the metal torch with astonishing maturity. Delivering a majestic performance filled with striking melodies and hard-hitting riffs, Chronus have been compared to the likes of Mastodon and Gojira.

Vocalist and guitarist the Baron, dressed in white, embodies a voice reminiscent of Ozzy Osbourne, complementing the work of his three black-clad associates.

After a well-received performance at this year’s Sabaton Open Air, the band are currently preparing for a Scandinavian tour supporting Soilwork and The Unguided.

Additionally, the band have inked a deal with Die Crawling Management, helmed by Megadeth drummer Dirk Verbeuren and his wife, former Nuclear Blast publicist, and professional music photographer Hannah Verbeuren, both firsthand witnesses of Chronus’ astounding growth since their inception.”

In order to spread rapture upon the people, Chronus ceremoniously convert their audience in a relentless conquest to take on the World. Join their voyage to the City of Light!

TOUR DATES WITH SOILWORK + THE UNGUIDED