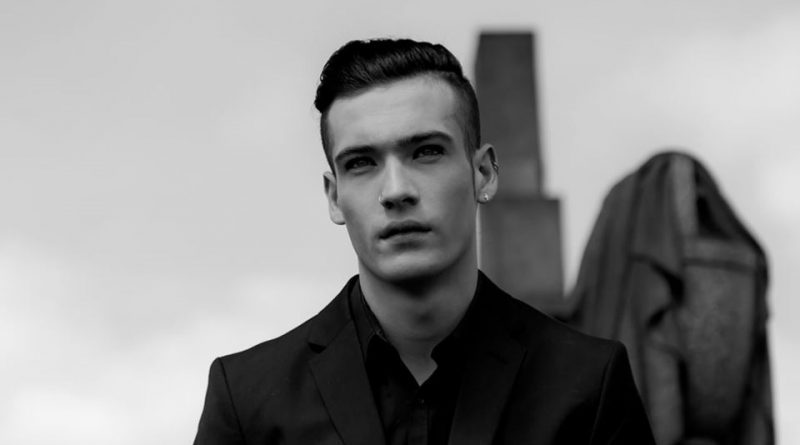 The young 17 years old Scottish rocker Kieran Robertson just released his new album “In The Name Of Vanity” via Mordhorst Music. The album was produced/mixed by Joe Graves (Asking Alexandria) and Euan Brown.

In terms of attitude, this is Motley Crue. In terms of music there are shades of Marilyn Manson, Sisters of Mercy, Ministry, 69 Eyes and the like. (The Moshville Times)

Even at the young age of 17, Kieran has already claimed a place as the next shooting star from Scotland. He understood what it means to write impressive, meaningful lyrics at the tender age of 14.

His musical style evolves around Dark Rock and Gothic. Kieran Robertson’s new, fresh, hard hitting style fits in with bands in the same genre of Black Veil Brides and the like.

Kieran, despite his very young age, has already amassed a great deal of experience on stage, due to the amount of times he has already performed live.

Kieran is a perfect entertainer and live performer, together with his band, consisting of 2 Germans and long-time friend Jack Ross. Kieran recently performed a show in his home town in Glasgow at the Cathouse, where 300 fans were blown away by his stunning performance.

Kieran’s new album IN THE NAME OF VANITY is fully recorded; the album is being mixed and produced by none other than Joe Graves, who recently proved what a talent he has with his work on the latest Asking Alexandria album. Kieran is, himself a huge fan of bands such as; Black Veil Brides and New Years Day, but also a fan of the older classics such as Motley Crüe and Kiss.

Kieran has a few headliner shows booked for next spring 2017, in Germany and neighbouring countries in Europe, this is sure to trigger a response from the American Market.