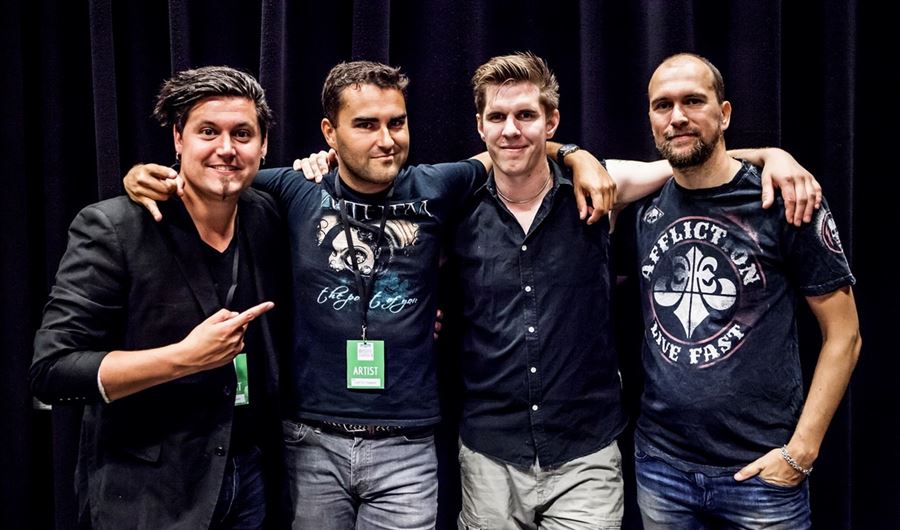 The band had its inception in 2011 when Øyvind Voldmo Larsen – guitars and Ketil Ronold – keyboards met the remarkable drummer Frank Nordeng Røe. Shortly they were joined by the voice talent Ole Aleksander Wagenius.

For the debut album, bass was recorded by the special guest Andreas Blomqvist from Seventh Wonder. In 2013 the band found the current bass player Miguel Pereira.

The debut album, “The Point of You” was released worldwide through Sensory Records on October 7th, 2013. Reviews confirmed the expectations built around the band and the fan base kept growing with each live show.

Stylistically WITHEM’s music offers varied sonic landscapes for the listener to explore, whether with its elaborate interplay between all musicians or with straightforward power metal anthems. It ranges from guilty-pleasure choruses permeated with memorable vocal hooks in Born to Live, to symphonic epic themes like Paramount of Lies.

On The Point of You there are 50 minutes worth of thrills and melody-driven songs, without drifting into the klichés of overly long instrumental sections and sheer complexity for complexity’s sake. The unique vocal range of Ole Aleksander Wagenius gives the band a much-needed distinctive touch to tackle the overcrowded progressive metal scene.

Playing in ProgPower USA 2014 was one of the highlights of the live shows that promoted “The Point Of You” throughout 2013/14.

Live footage of the complete show in ProgPower USA was released on YouTube as a thank you gift for all the support given by the fans since day one.