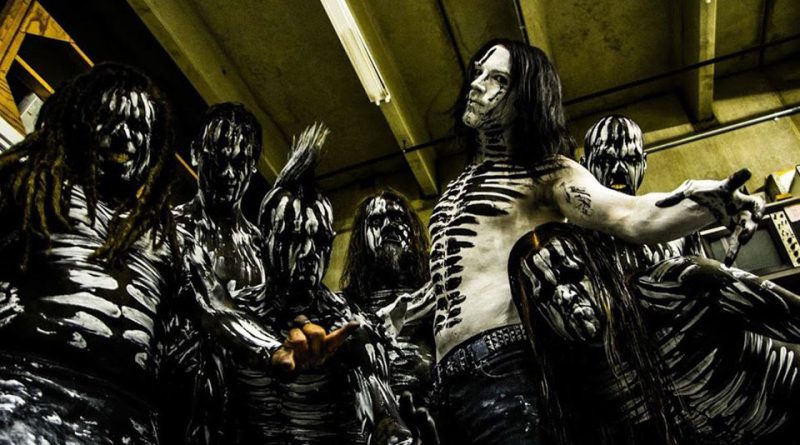 US metallers Motograter have signed to David Ellfson’s EMP Label Group, who will release Desolation, their sophomore album, produced by Ahrue Luster (Ill Nino/ex-Machine Head) and mixed by Joshua Wickman (Within the Ruins, KING 810).

The artwork for Desolation was created by “Mister Sam” Shearon, who has created covers for comic books and graphic novels including Clive Barker’s Hellraiser, Judge Dredd, The X-Files, Mars Attacks, KISS, and Clive Barker’s Books of Blood as well as artwork for some of the biggest names in rock music, such as Godhead, Ministry, Rob Zombie, Iron Maiden, Powerman 5000, Biohazard, American Head Charge, Rammstein, Fear Factory and Kill Devil Hill.

“I was actually in (the late) Steve Richards (No Name Records) office the day he signed MOTOGRATER. And he was SO excited, going on and on about this amazing new band he just signed, that made their own instrument (The Motograter) etc.

Steve was such a cool and infectious guy, and brought such an amazing energy to everything he did, and to this day, that stuck with me. And now to be able to come back full circle and put out Desolation on EMP, all these years later, and kinda continue that legacy with the current lineup, is really an amazing middle to the story.

These guys have worked SO hard for so long, and it is an honor to sign a band that works as hard as Moto does. Motograter, literally, should be the blueprint any hard touring independent band should follow.”

Motograter drummer Noah “Shark” Robertson adds, “We are honored and very proud to be working with David Ellefson, Thom Hazaert and everyone else at EMP Label Group. We have fought tooth and nail to bring people new Motograter music. We can’t wait to unleash this voracious beast that is Desolation upon the masses.”

Photo by Images by Jake