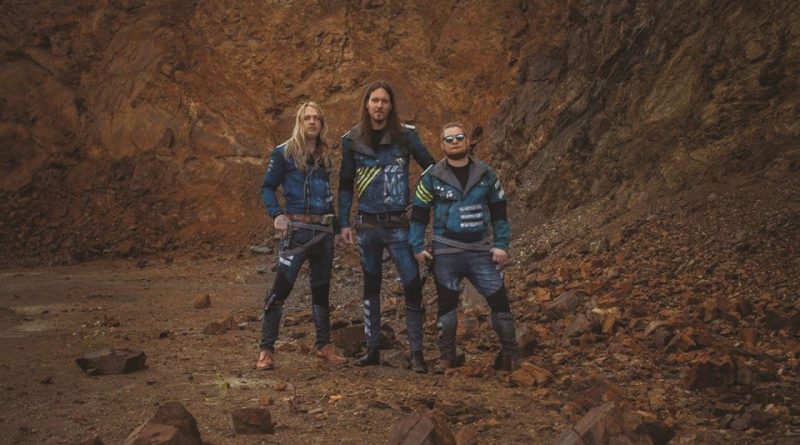 MOTHER ENGINE plays instrumental rock music influenced by stoner and post-rock as well as the trippy psychedelic rock of the 60s and 70s, and indigenous German krautrock.

It’s no real surprise that the journey of that spaceship actually began on the stage of a big German stoner rock festival in the year 2013.

What we talk about is a spirit of DIY, uncompromising endurance, and the strong will to play every single stage.

After two records “Muttermaschine” in 2013 and ‘”Absturz” in 2015 and appearances at some of the most important stoner festivals like Stoned from the Underground, Freak Valley Festival, Sonic Blast Moledo and Into the Void or Rotormania, it seems like they got their landing permission on the European stages for heavy psychedelic music.

In the fall of 2017, MOTHER ENGINE will release their third studio album “Hangar” and embark on a 6-week long tour through Europe to present their new material.

The 3rd album of the Germany Psychedelic and Prog Rock band Mother Engine is a real unique piece of music, which, on one hand side, used to be a concept album to show the evolution of the “Mother Engine” in their fictive story of the same named spaceship and its crew as well as the evolution of the musicians themselves in songwriting and DIY recording and production processes to really get inside of the implementation of their imagination.

These songs highly represent our self evolution and individuation as single musicians and as a band at the same time. The songwriting process took us over 2 years and were written fully sober and thoughtfull to create trippy feelings, deep moments and a fictive instrumental story, that should bring the listener into experiencing their own story of Mother Engine.