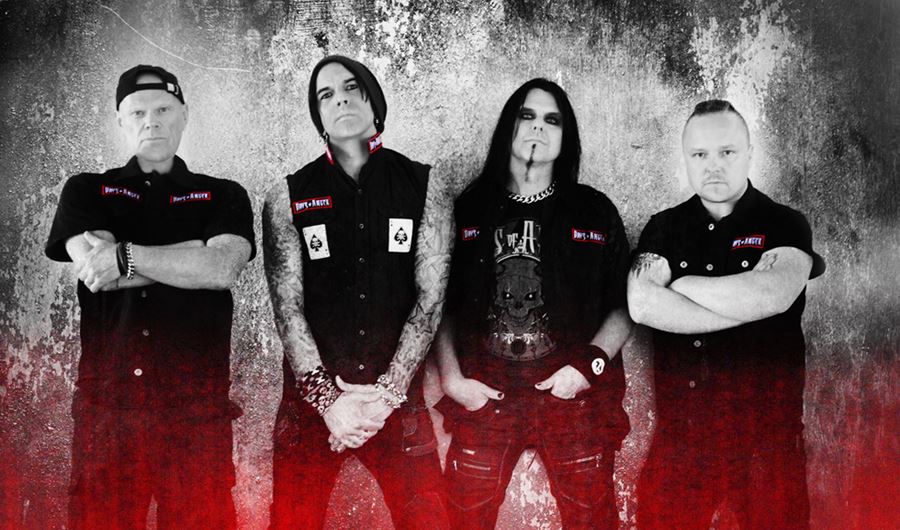 Swedish Metallers DAYS OF ANGER posted song snippets online of their new album “III”, due out April 22, 2016 via GoldenCore Records and ZYX Music.

The album was mixed and mastered by Philip Crusner (Fatal Smile, Diamond Dawn).

DAYS OF ANGER was formed in the beginning of 2010 in Eskilstuna, Sweden. The band came to life through the ashes of different Metal and Thrash projects that the band members been involved in before.

When the lack of inspiration, energy and commitment took all the fun down the drain from earlier projects, the long lasting friends Alf Johansson, Kristian Huotari and Alex Jonsson decided to get together and make some killer songs without any requirements. Just making heavy fucking music because its fun.

The band released their debut album shortly after they ave landed a deal with Massacre Records in September 2010. After touring with their first album Deathpath, the band entered the rehearsal room once again to write new material for the second album.

The band parted ways with their old label Massacre Records and landed a new deal in late 2012 with the italian label Coroner Records. The band just released their second album Rise Above It All in June 2013.

Now DAYS OF ANGER are back with their third album, simply called “III”.

DAYS OF ANGER has a hardhitting, groovy and pure evil live act, and they have been touring with band such as PAUL DI’ANNO, HAIL, ENTOMBED, ARCH ENEMY and FACEDOWN among others.