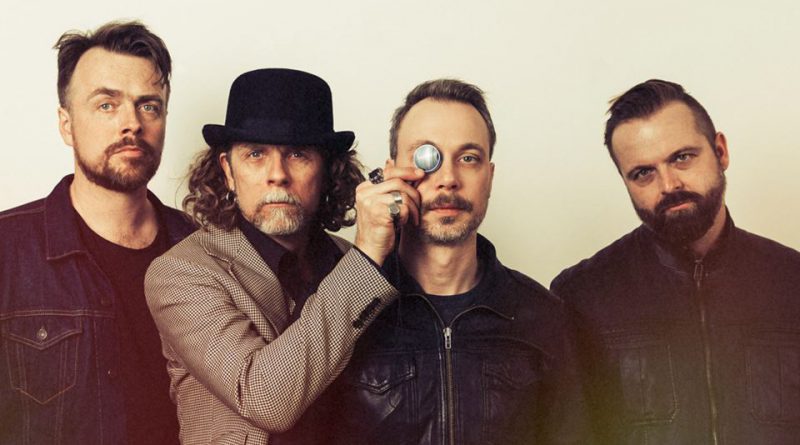 Swedish rockers SUICIDE BY TIGERS to release their self-titled debut album as CD, Vinyl and digital on September 2, 2016 via Smilodon Records/Sound Pollution.

The album was recorded, mixed and mastered by Berno Paulsson (The Haunted, Amon Amarth, Spiritual Beggars) at Berno Studio, Malmö.

The soil of southern Sweden has for a long time been a great breeding ground for rock n roll. This trend continues manifested by Suicide by Tigers.

Focusing on dynamic, blues based rock, with heavy guitars and strong melodies. Just like the British bands Free, Taste and Led Zeppelin they move from Light and Shade to Tight and Loose. Let the production and music making live!

Suicide By Tigers from Malmö, Sweden defines hard rock as heavy guitar riffs, strong melodies and long guitar solos. We are many who share their love for the late sixties and early seventies rock, and Suicide By Tigers takes us further down that road with a modern twist.

Nils, Peter, Johan and Petter formed their friendship in the club scene of Malmö back in the 90’s. They played in different bands, listened to each other and got inspired. Their influences were the same – classic rock giants as Deep Purple, Thin Lizzy and Jimi Hendrix to mention a few. During the following years they continued to hang out but professionally they headed in
different directions.

One late summer a few years ago Nils decided to finish a bunch of songs he’d been working on for a while. He called his long time friend and great guitarist Petter Rudnert to the studio. Suicide By Tigers was born. Today the band is a complete four-wheel drive, resting safely on the solid rhythm section in Peter Broch (bass) and Johan Helgesson (drums).

Why Suicide by Tigers? Well the phrase that is derived out of thoughts and questions that awakes from looking into the ingenuity and madness that is aspects of human behavior.