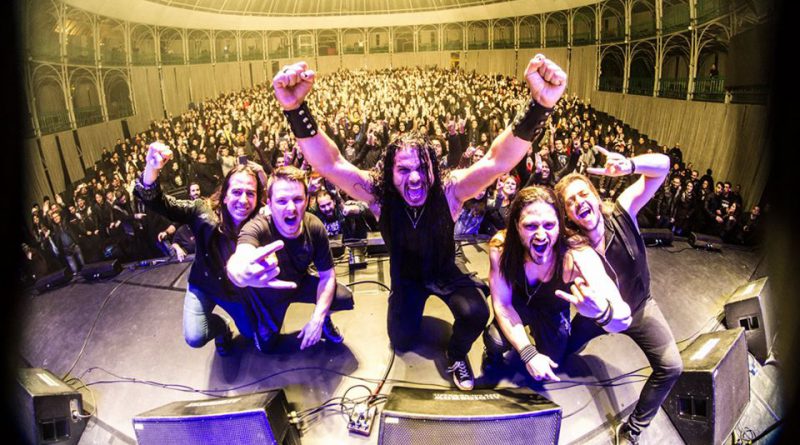 US hard rockers SOTO, featuring the legendary hard rock vocalist Jeff Scott Soto (YNGWIE MALMSTEEN, TALISMAN, JOURNEY), have released a new video and single and cover of the Michael Jackson classic “Give In To Me” as a free holiday giveaway and download.

The video was produced and edited by the ultra talented Brian Zaba for Zaba Productions. View the video and you’ll see the Soundcloud link where you can either listen to or download it.

Jeff Scott Soto: “We literally recorded this 10 days ago, vocals and bass were done on days off during the TSO tour.

Special nod on backing vocals to my TSO boys, Andrew Ross, Phillip Brandon, Dino Jelusic & John Brink, they knocked them out in seconds in the dressing room! Thanks to everyone who took their holiday hours away so we could get it to you for yours, ENJOY!”

SOTO, formed in 2014, is the dream band created when Jeff Scott Soto realized how much he missed the “heavier side” of his career after fronting artists Yngwie Malmsteen, Talisman, Journey and even his own solo albums. The band hope to continue its construction as a driving force in today’s Hard Rock & Metal scene.

SOTO Tour Dates 2017 puls guests Me And The Rest, Vanadine, Dellacoma & Rain on some shows