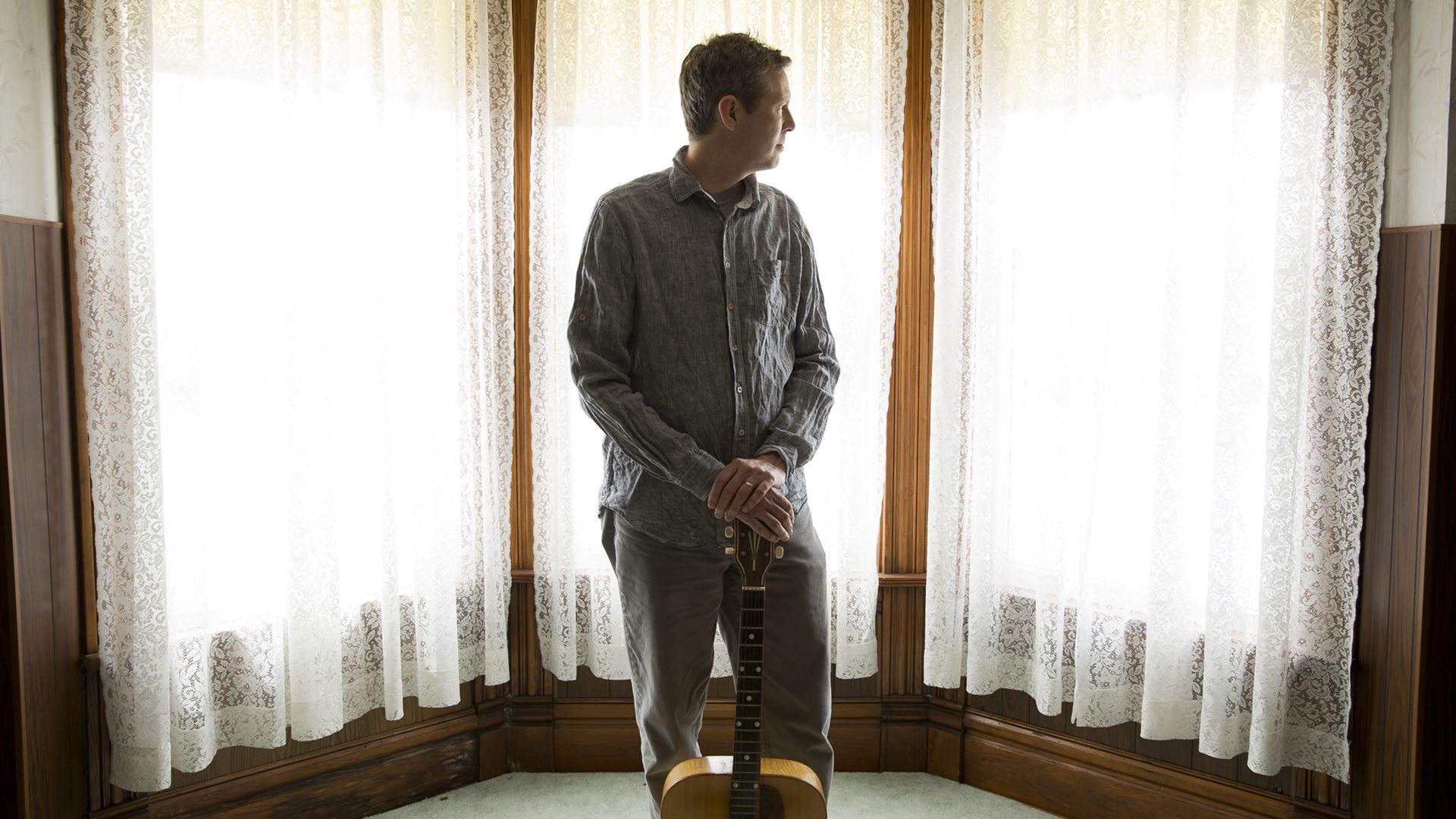 In 1993, a songwriter banging around the Chicago club scene with a twangy voice and dangerous sense of humor caught our attention.

We started making records with him, and as part of the first-generation Bloodshot roster, Robbie Fulks helped us define “Alternative Country” In 2013 after two decades of playing music everywhere from the taverns of southern Illinois to the honky-tonks of northern Norway, from Austin City Limits’s sound stage to the historic Grand Ole Opry, he reunited with us for the highly acclaimed Gone Away Backward.

Capable of telling haunting stories that reach into old weird Americana with a sense of life live simply yet richly. — Austin Chronicle

Upland Stories continues and — with sprinklings of pedal steel, drums, electric guitar, and keyboards — expands the sound of that acoustic set.

Fulks’s richly emotional storytelling is illuminated by his instrumental prowess and emotional voice. At 53, he is philosophically reflective, writing “with clear eyes and a full heart” — Ken Tucker, NPR

Don’t get us wrong, his wit is still as quick as his picking; but it’s reflected through the lens of fatherhood, marriage, middle age, and the literary voices he is drawn to and draws from Flannery O’Connor, Anton Chekhov, Mary Lavin, Frank O’Connor, Javier Marias and James Agee.

Three new songs “Alabama at Night”, “America Is A Hard Religion” and “A Miracle” are meditations inspired by Agee’s 1936 trip to Alabama, the sojourn that fueled his furious polemic on American poverty, Let Us Now Praise Famous Men.

Coming of age in the 1960s and 1970s in Virginia and North Carolina, at the edge of the broad “upland” region referenced in the record’s title, also provided depth and detail for Fulks’s songs about the mysteries of memory, the vanishing of cherished things and the struggles of everyday life.

Robbie tries to make songs that offer more than verse-chorus-hook: songs that have space, calmness, unresolved tensions and the hallmarks of lived experience.

This sort of complexity is displayed in “Fare Thee Well, Carolina Gals” an intimate folk song from the perspective of a man who has let life’s possibilities pass him by and in “Never Come Home” in which a sick man returns to spend his last days among an unwelcoming clan of pious, hard-bitten East Tennesseans.

Steve Albini, who began working with Robbie on Halloween night 1986, recorded the group’s live singing and playing on old German mics using a non-automated Neotek board, creating, as he always does, a provocatively unvarnished and analogically resonant stereo image.

Twenty years ago, Robbie’s exuberance for old-school country made a lot of noise.

Today, his storytelling through folk and bluegrass music on Upland Stories delivers the quieter sometimes unsettling truths of humanity.

“Some people get where they hope to in this world. Most of us don’t.” – James Agee