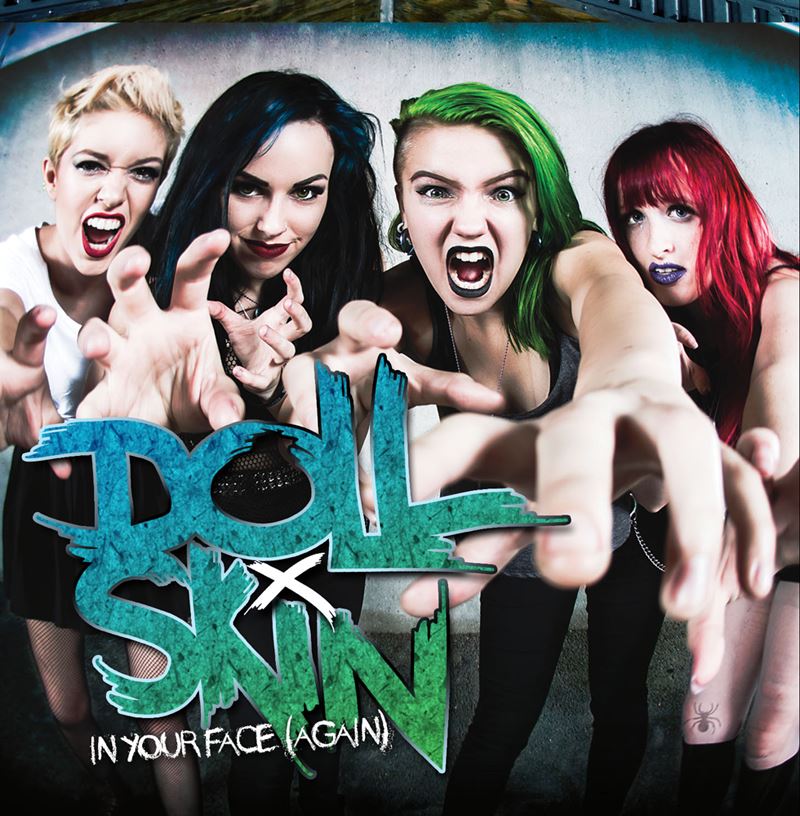 The song is taken from the band’s debut album, “In Your Face (Again)”, produced by Megadeth’s David Ellefson and available on CD and Vinyl via EMP Label Group on April 15.

Since forming in Phoenix in 2013, DOLL SKIN Vocalist Sydney Dolezal, Guitarist Alex Snowden, Bassist Nicole Rich, and Drummer Meghan Herring have taken the World by storm, playing shows with Social Distortion, Slunt, DRI, Metal Allegiance, HELLYEAH, Dead Kennedys and many more, adds and spins on dozens of radio stations including dozens of spins the uber-influential LA station KROQ, where they have become a favorite of legendary DJ Rodney Bingenheimer.

Now the band releases IN YOUR FACE (Again) a full length version of their 2015 digital EP, stuffed with bonus tracks, demos and more.

Doll Skin are in the middle of a headlining run before heading out with Otep, Lacey Sturm, September Mourning and Through Fire.

After Otep, the band will finish up with a handful of newly announced dates with Hellyeah, Escape The Fate and Sunflower Dead.