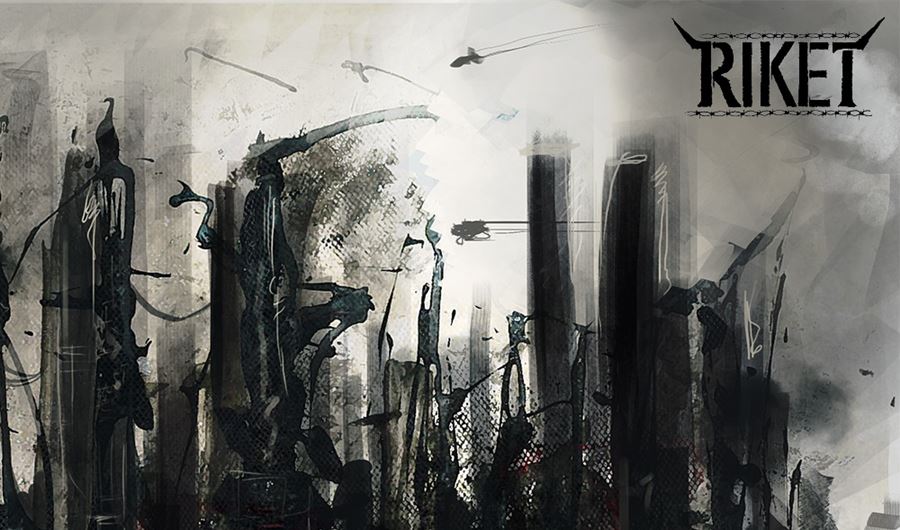 RIKET is a new band delivering simplistic death metal with all lyrics in Swedish.

RIKET Netherbird vocalist Nephente reunite with Adrian Erlandsson from At The Gates and The Haunted alongside with Netherbird lead guitarist Tobias Jakobsson.

This debut EP offers a raw and harsh glimpse of the dystopian world that is RIKET.

RIKET, Swedish for “The Kingdom, was founded by Johan Nephente Fridell and Tobias Jakobsson of Netherbird, both sharing a passion for simplistic death metal.

During the writing process drummer Adrian Erlandsson from At The Gates and The Haunted, once also drummer in Netherbird, decided to join in completing the trio after hearing the demo tracks.

All the lyrics for Avarter, Swedish for “abominations” are in Swedish and can be found at RIKET