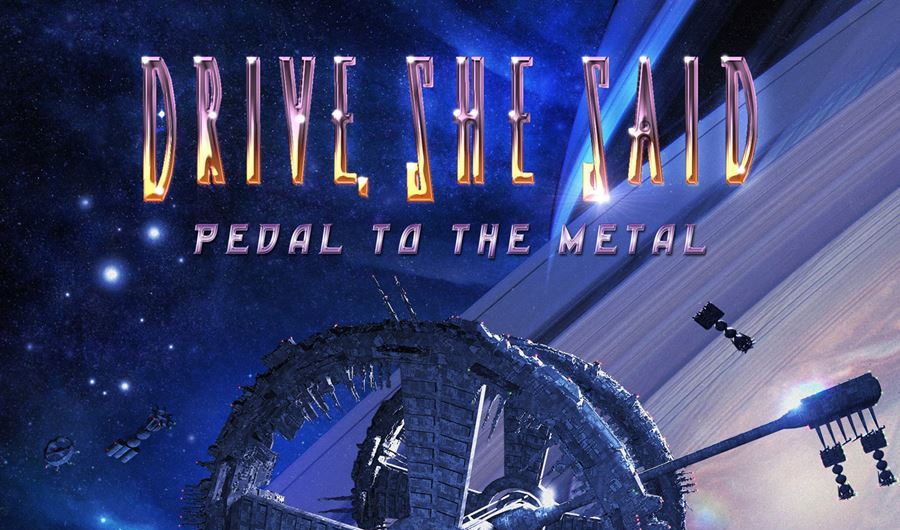 Mark had the chance to play him some songs he was working on and he was completely blown away by Al’s voice and they eventually decided to create a band.

The duo started very soon to write and record some demos that eventually earned them the deal with CBS. In their first album the duo was helped by a good deal of friends like Tony Bruno, Bob and Bruce Kulick from Kiss, Kenny Aronoff, Benny Mardones, Fiona and many others.

The record was just being released when there was a big re-organization at CBS and the band found itself with no support from the record company new president.

Meanwhile the record was being very well received, especially in Europe, but the band couldn’t get any support from the record company.

That’s why Mark and Al decided to be released from the deal and immediately got the interest of Music For Nations who signed the band and brought over D,SS to England to tour in support of the band FM. Playing live, brought Mark and Al to write songs that were more aggressive and would work in that environment for instance “Drivin’ Wheel”, “Pedal to the Metal”, D,SS’s “Deep Purple” derived set opener, “Veil Of Tears” etc.

They also played “Can’t Get Enough” by Bad Company which went over very well as a last encore and which ended up on the second record.

Coming back to the States D,SS immediately began working on “Drivin’ Wheel” the second CD. The band toured extensively in support of FM once again in UK and UFO in Germany.

Coming home the duo began to work on more songs and eventually recorded “Excelerator” which was a more eclectic CD, ranging from the instrumental title track, to the bluesy “Let It Ride”.

After having been on a hiatus for quite a long time Al and Mark still wrote and worked together even if there was no record to work on. This brought finally to the release on Frontiers – during 1998 – of a “Best of” album which included 5 brand new songs.

Mark Mangold in the meanwhile became involved in several other project most notably the super-group The Sign, who became the melodic rock sensation in the year 2000 and had the chance to re-focus on the Drive, She Said project only during the year 2001, when he joined again with Al writing some unbelievable and one of his most varied albums ever as “Real Life” after which the duo went on a hiatus again.

In 2014, after Mangold performed with Touch at the Firefest, he was eager to rock again. So he reached out to Frontiers and the label willingly agreed to work on another Drive, She Said album which could showcase again the amazing talents of the Mangold and Fritsch duo.

Pedal to the Metal is the final result, a melodic rock gem, guaranteed to please all melodic rock fans. The band is set to appear at the Frontiers Rock Festival in Trezzo in April 2016. Youre in for a threat!

DRIVE, SHE SAID at Frontiers Records