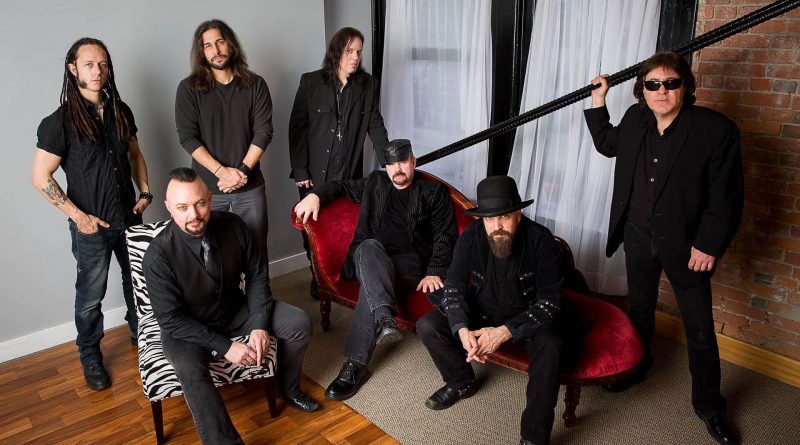 After settling the score with his ex colleagues in Queensrÿche, singer Geoff Tate went on to form a new band called Operation: Mindcrime, the name taken from one of Queensrÿche’s most successful albums. “The Key”, the first album of a trilogy releases on September 18.

Let’s then go straight to the, well, would you call it your debut album in a sense? Well, it’s the debut of something new and different from me, you know, but I suppose people that are familiar with my work have witnessed a lot of different kinds of music from me over the years and different variations of what I do, so I don’t know if it’s THAT new but it’s definitely a different presentation of it I guess, one that I am very excited about and pleased with.

I really have enjoyed making this trilogy, that the first album is coming out in September, the second album I’m mixing now and the third I’m just about done writing and recording. I’ve just really been enjoying this work, it’s fascinating and challenging.

So being a trilogy, how have you worked with this production wise? It started off as a story, so I took the story and segmented it and kinda outlined it into song form, outlining what the songs would be about, sort of what you would with setting up scenes for a film or chapters in a book, so each musical piece sort of follows in there to the story line and takes the listener through hopefully many different moods and scenes of what’s going on in the story.

It’s a bit about organizations, keeping things organized on paper so to speak, the outline, then making sure the music follows that, then keeping track of all the different music and trying to assign different melodies for the different characters for instance, reoccurring melodies and effects and sounds that kinda set up the story and help propel it.

Have you been using the same equipment for all three albums? Yeah, I have. There’s a consistency that I think is important to follow, like when you’re doing something like this particular project.

We were again looking for consistency in the sound so that it’s easier to work with it when something’s consistent instead of trying to recreate something that you cant.

If you put the sound into words, how would you describe it, the sound you were after? Well, for me, music is a very personal journey and I think it’s that way for a lot of people. It’s something that you find and you relate to given your own circumstances, how large your musical palette is, what your life experience is, those are circumstances that dictate how you listen to music and accept it.

For me I wanted the sound to reflect what was going on within the story line so I chose sounds that made me feel a certain way.

Sounds that brought on a certain kind of emotion and emotion is what we use in music to portray our feelings about something, such as if you have a stressful point in a song you add certain notes to create that stress, it’s called tension and you create it and once you create tension, of course, you need to release it so certain notes, you choose or dictate that release saying with the sound itself.

Read the full interview in the Azaria No.10