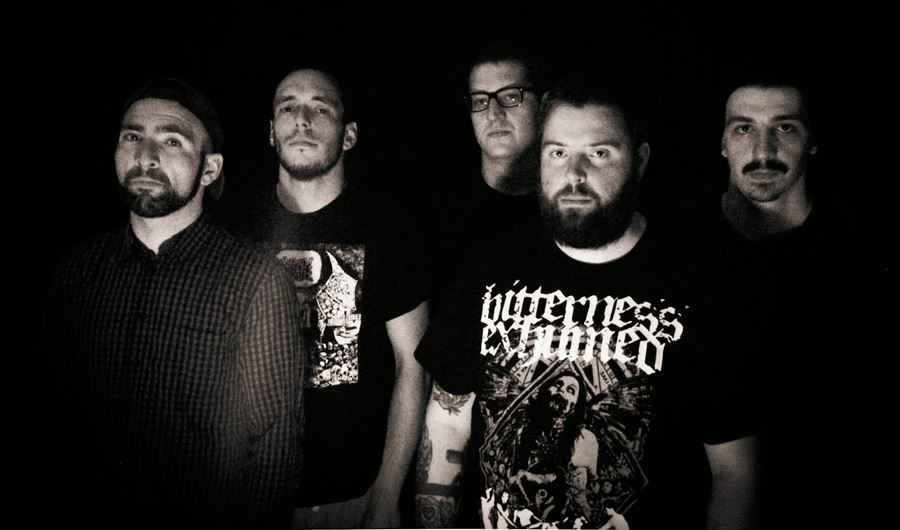 “Moloch”, the new full-length from Berlin blackened crust act ANCST, will be released on April 20, 2016 by Halo of Flies.

After extensive touring and songwriting heavily influenced by issues raging in our modern world, the final product is a storm of a record that has been brewing for a long time.

“ANCST’s sound is a frantic blend of black metal, crust, post-rock, screamo, and hardcore ”neocrust,” if you insist, though the band’s impartial to genre tags. It’s urgent, dynamic music with a firmly-held message: “anti-fascist, anti-sexist, anti-religion, death to NSBM.” — Noisey

700 copies of the LP will be pressed, 500 on black, and 200 on clear vinyl. European fans are encouraged to order from Vendetta Records.

ANCST was founded in 2011 as a side project by members of Afterlife Kids and Henry Fonda, Ancst hits that sweet spot between fierce melodic black metal and dark metallic hardcore crust, fusing together extreme metal and hardcore.

Having released a string of highly acclaimed cassette-only EPs and splits throughout 2012 to 2014, Ancst has teamed up with DIY powerhouses Halo of Flies, Vendetta, WOOAAARGH, and Yehonala Tapes for its first two full-lengths and live appearances.

“The band wields bludgeoning blackened hardcore extremely well, tearing into this callous shit-storm of marginalizing modernity that we call home with much-needed venom and strength of will.” — Metal Bandcamp