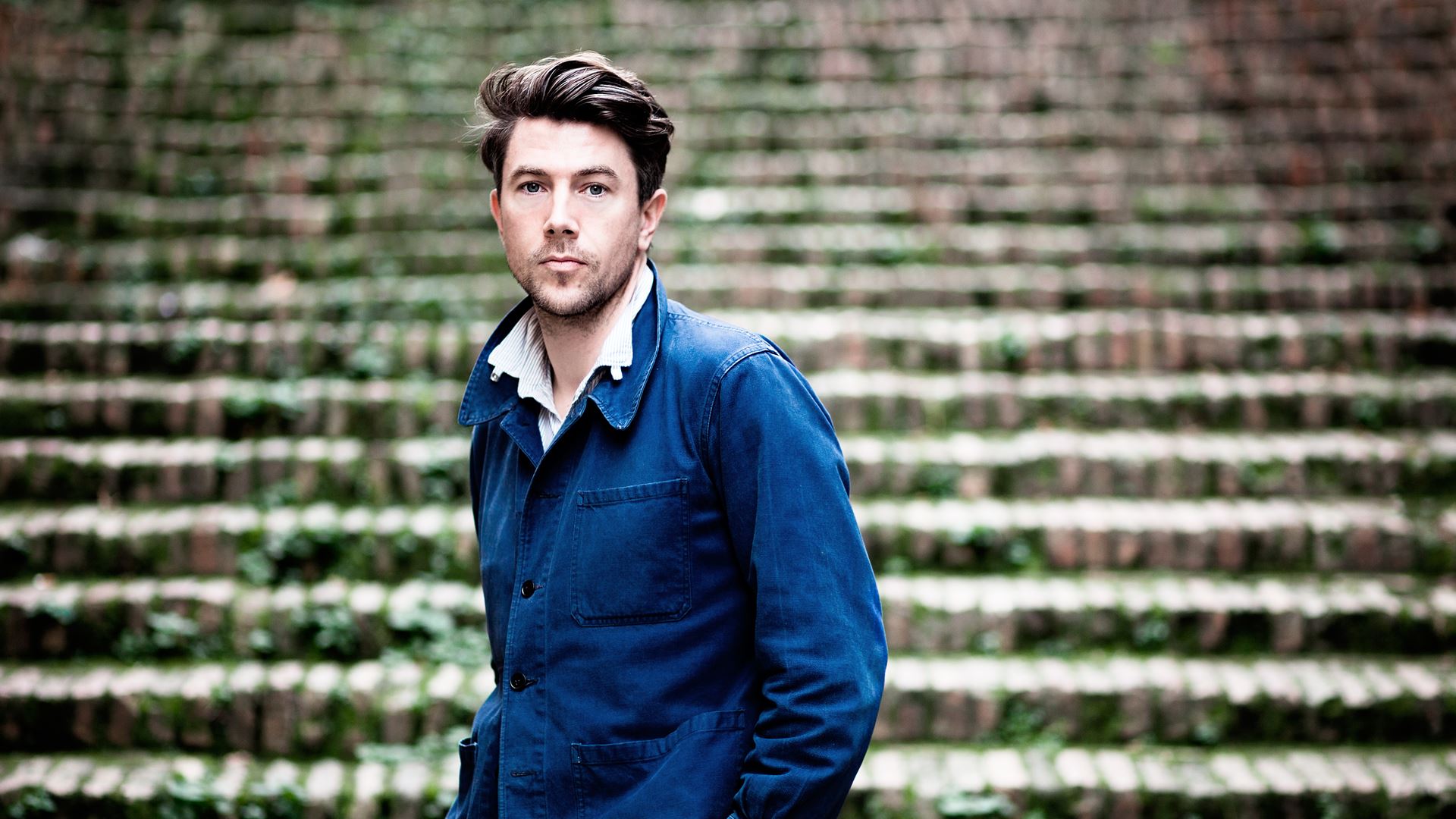 On I’m Glad Trouble Don’t Last Always, his fifth album and third for Bloodshot Records, Luke Winslow-King draws from a deep, dark creative well, turning heartbreak and divorce into an inspired soundtrack for picking up the pieces.

Electric and sentimentally raw, the album is part sonic travelogue, part handbook on navigating the stages of grief. It pulses through LWK’s geographical stomping grounds, starting with the pre-war jive of New Orleans, travelling the bloodlines that flow along the Mississippi River toward the Delta bottleneck-slide, and the funky meter of Memphis R&B. Further north, it takes a right for an infusion of greasy Chicago blues, and arrives at the headwaters of his birthplace in rural Michigan for some tell-‘em-like-it-is confessionals.

The album was written and recorded while Luke and his newly formed band were on a 2015 summer tour in Italy (and later finished in New Orleans’s Parlor Studios, mixed by Colin DuPuis, engineer for the Black Keys). The New Orleans-based polymath matches a technical wizardry with a thematic immediacy detailing a relationship in freefall. The songs unfold as diary entries put to his idiosyncratic blend of roots, pop and rock. It’s a Luke Winslow-King record unlike any he’s ever done; he’s found the light in the darkness and he’s plugging in and turning up to bare his soul.

Through nine songs LWK stylistically nods to a blend of contemporaries and influences like Gary Clark Jr., Bonnie Raitt, and Ry Cooder while maintaining a unique, coherent voice. He forges harmony between the modern – pull up a chair on the porch for the sinister rock & roll growl of “Louisiana Blues” – and the traditional – the cowboy country campfire ballad “Heartsick Blues”, complete with jangly dusty acoustic and the forlorn fiddle of Matt Rhody.

The latter draws on some damn fine lyrical reference points, too: “She’s singing ‘Please Release Me’ [a reference to the Ray Price song], and ‘I’m So Lonesome I Could Cry’ [Hank Williams]/ It’s thinking about her ‘Cold, Cold Heart’ [another Hank classic]/ That makes me want to die”.

There are moments of suffering (the Petty-inflected “Change Your Mind”), desperate pleas (the brooding “Esther Please”), anger and indignation (the joyously bouncy, second-line ramble in “Act Like You Love Me”), and resignation (the soulful Muscle Shoals mosey of “Watch Me Go”). It all bottoms out with the shimmering heat of the Delta thrum in the title track. Through the slow & lo, voodoo chile attack of il maestro Italian guitarist Roberto Luti, drummer Benji Bohannon, electric bassist Brennan Andes, and keyboardist Mike Lynch, LWK rips open the Fender and howls at the moon, “When I had you/ I thought that you’d always be true/ Now look here, pretty baby/ Look what you made me do.”

But there is light at the end of the tunnel. “On My Way” is a Sunday morning redemption spiritual, part farewell letter and part celebration; the score to the movie’s ending credits, the hope in the sunrise (“I’m on my way/ Across the golden valley”). The final track, “No More Crying Today,” reaches a place of forgiveness and strength, a gratitude that emotional pain can make you feel more alive.

Although you know he’s been through some turbulent times, Luke Winslow-King fights for a sense of self, perhaps now different than it once was, and comes out the other side knowing of love and loss. Because trouble don’t last always.