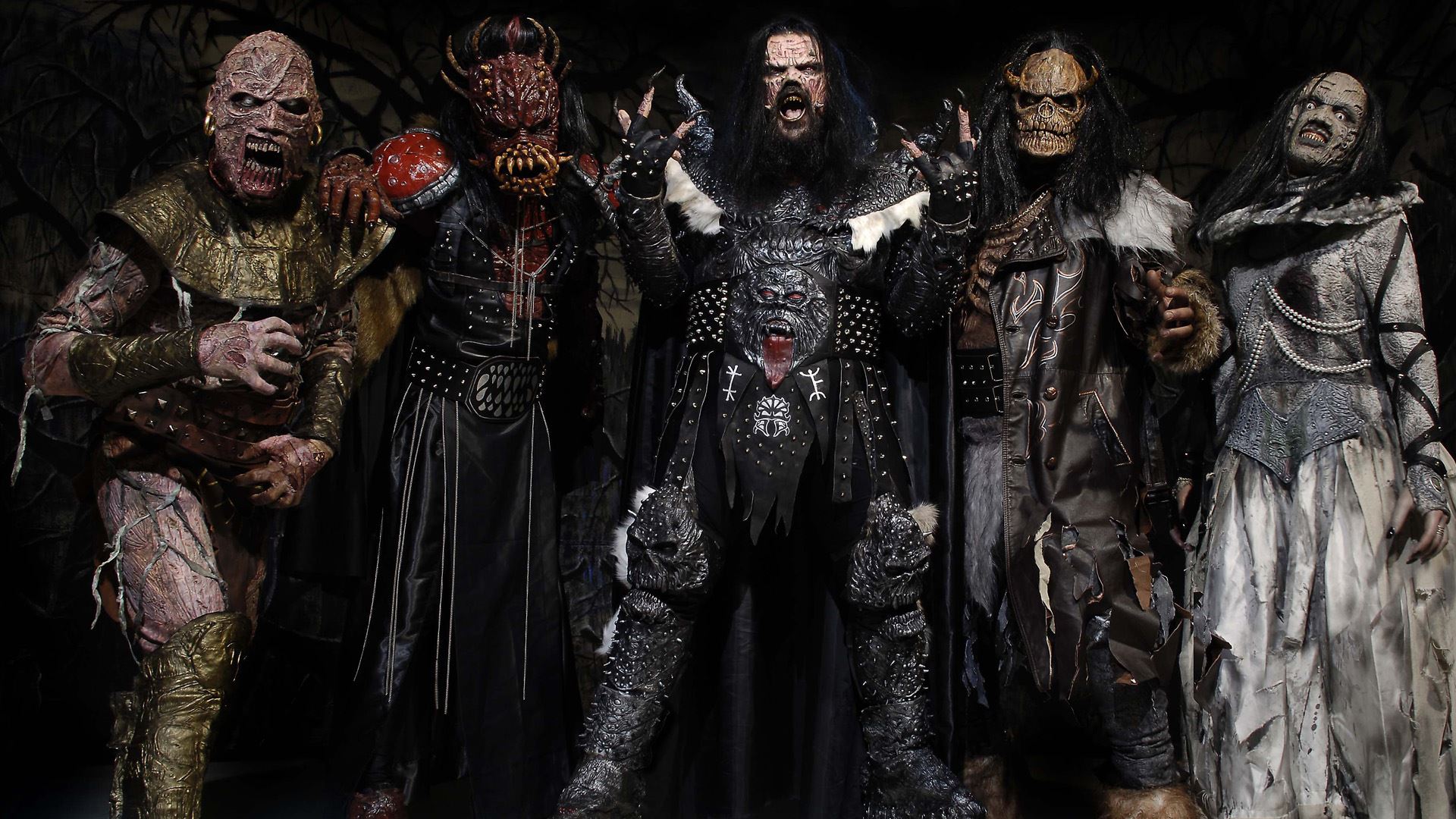 The Second part is a conceptual piece, the band’s first foray into this area. The songs on the second part of the album won’t be played live unless fans demand it , in which case these Finnish monstrosities may perform it live one day, but as it’s a story it would make no sense playing any part of the final piece unless in it’s entirety.

As with all Lordi Albums there is a creepy intro that leads into the excellent “Let’s Go Slaughter He Man” it’s hilarious, and fun, it’s time for “He Man to Pack his Bags”! this is the best song on this scrumptious platter, it’s catchy, anthematic, and going to go down a storm live! Lead single “Hug You Hardcore” has one hell of an addictive riff, the Video will shock the faint hearted and the PC brigade, if Mary Whitehouse was still kicking about she would be spitting, and screaming!

“Down with The Devil” is an energetic piece , and will have the Lordi Hordes singing along and performing the “Danse Macabre”. You really can’t help but love these Finnish fiends with their eighties sound, and deliciously gory tales.

The spectacularly creepy and sinister “Mary is Dead” is not one to listen to while walking alone on a cold winters night in the woods! The Cheese fest continues with “Sick Flick”, love em or hate em you cannot help but sing along to this band less ya dead! “None for One” brings this part of the Album to a close, using the three musketeers line “all for one and one for all” its slick, and with a chorus festooned in cheesiness.

Now on to the second part of this release, it’s called “Demonarchy” and is about territorial rivals, a Witch, Vampire, Zombie and a Werewolf who live in the same town and there is a bit of dispute about how exactly to share the territory. All the songs are progressive and long, this is a new venture for Lordi, something very different, I am not sure how the Bands hardcore fans will react to this new take on Lordis sound.

The story telling is excellent as you would expect really drawing you in, but I am not totally convinced, I feel the band would have been better releasing this as a full concept Album, not half and half. The songs that really stand out on this part of the opus are “Demonarchy” with brutish heavy drums that shake your head and rattle your brain. “The Unholy Gathering” is atmospheric and beguiling. “Heaven Sent Hell on Earth” is damn creepy as Mr. Lordi changes his vocal style with screams that will shatter windows.

The final track is over seven minutes long and a hell of an epic end to the story, will they make a film of this, a live performance, who knows, I think it’s different and indeed a progression in Lordis repertoire, I actually really hope one day that Mr. Lordi can shake of the shackles and fully give vent to his creative images and ideas . Could this second part of the release be a new beginning , who knows.