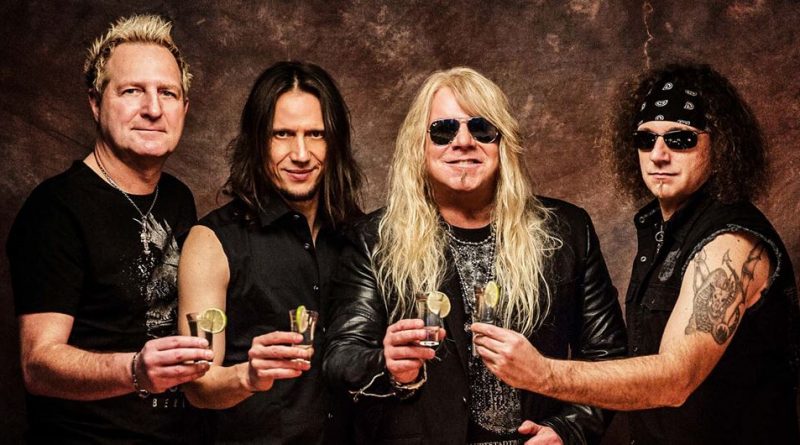 Led by the multi-talented Matt Sinner of Primal Fear, Voodoo Circle, Rock Meets Classic to name but a few of his many Bands and projects he is involved with, but he always manages to find the time for his own Hard Rocking group Sinner.

Formed back in the Eighties the band have had huge success in their native Germany alongside the Scorpion’s, Accept and Helloween with successful Albums and tours into the nineties, twentieth and twenty first century.

They return with “Tequila Suicide” featuring a considerable array of great song writing talent and a mighty, organic sound.

Kicking things off we get the stupendously addictive and fun “Go Down Fighting” with a clear message and punk fuelled angst it’s a cracking opener to party hard and rock the hell out to!

Then we get Album highlight the title track “Tequila Suicide” it rocks your sockies off. Its heads down boogie and catchy chorus make this a personal favorite and if you haven’t already checked out the Video, this is a Band loving what they do and it shows so much on every track!

Drenched in Thin Lizzy we get “Road To Hell” a song that will buzz around your head for days.

Then we get into the scary “Dragons”. But no it’s not the mythical critters we are talking about here. No!

We are talking about Women! It’s a fun, cheeky, telling number and one many will empathize with if you ever dare cross the female of the species!

it makes you smile and has some cool riffs, probably the political brigade will be up in arms if they ever hear this song, there are two simple words for them!

“Battle Hill” takes you to the moors of the past where Battles were fought and blood was spilt, it is an outstanding anthem.

Hanging out down by the bayou we get the bluesy “Sinner Blues” this has classic written all over it, it may be a surprise to the Bands hard core fans but it’s a sublime song.

Ecstatic Riffs and heads down boogieing abounds on “Why” and the pounding “Gypsy Rebels” has that Thin Lizzy influence washed all over it but who cares I don’t!

“Loud and Clear” well the title says it all really, this smacks you in the face with a studded glove as you salute these maestros of sinful delight! Yes, its old school and kind of reminds me of a certain Autograph song, so what its frenetic fun and really sassy.

Final track “Dying on Broken Heart” is a ballad to finish things off in a lighter waving crowd finale, simply superb!

“Tequila Suicide” is a gem of an Album, it’s a Heavy Rocking classy creation to blast out loud on those soon to come hot summer nights with plenty of Tequila at hand! This is a piece of art that will fulfill all your Rocking needs!