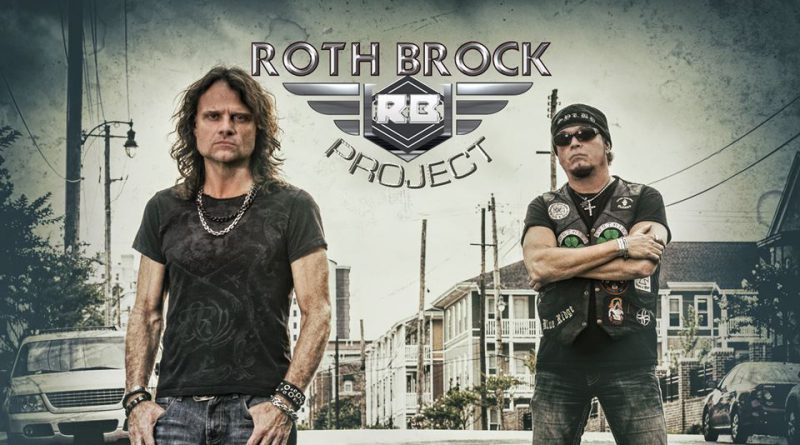 John Roth from Winger, Starship and Giant and Terry Brock from Strangeways, Giant and Leroux join forces to bring you the ROTH BROCK PROJECT.

John and Terry first met in 2009 while working on Giant’s “Promise Land” record. They soon developed a unique song writing chemistry and musical bond which all these years later has led to their debut release for Frontiers Music.

Powerhouse vocals and thundering guitars are at the forefront of this stellar collaboration from two of rock’s most seasoned and underrated veterans.

John Roth landed his first gig at the age of 19 with Southern boogie rock legends Black Oak Arkansas in 1986, and soon found himself in demand for recording and touring with the likes of Jimi Jamison (R.I.P.) of Survivor, and 80’s rock legends, Winger.

Terry Brock’s first job in the music business was as a vocalist on the Kansas album “Drastic Measures” in 1983, which was soon followed by a tour with the Steve Morse Band and two albums with Strangeways who were signed to BMG/RCA Records.

Terry is currently on tour with Louisiana’s Leroux, while John is on tour with Starship featuring Mickey Thomas.

Produced and engineered by John Roth