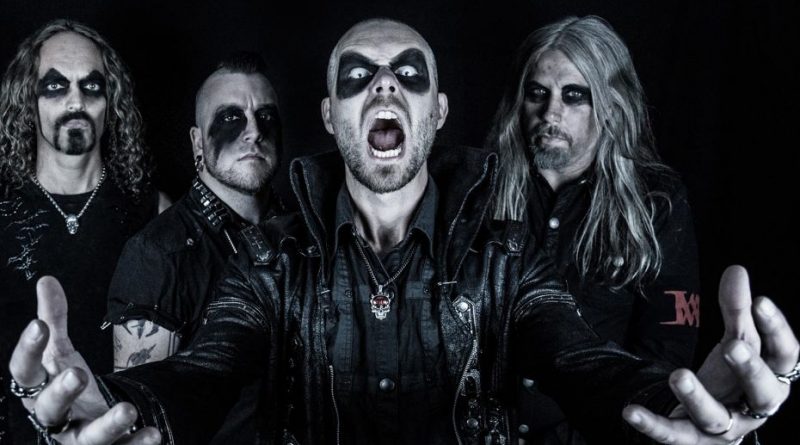 Sweden just continues to amaze with its Heavy Metal and Hard Rock pedigree and no more so than Gothenburg’s favourite sons Manimal.

Purgatorio is the Bands third Album and opens with all guns blazing with Black Plague the impressive and mighty Vocals of Samuel Nyman draw you in as the huge guitar sound of Henrik Stenroos has you instantly hooked and driving the band onward we have Kenny Boufaene (Bass) and André Holmqvist on Drums.

It’s a Metal heads dream with its fast kick in the face riffs and chugging momentum.

Title track Purgatorio is my favorite track on here its intense and thought-provoking lyrics delight, it’s a song I can’t get enough of.

Nymans Vocals ooze passion through out this platter but no more so than on this the second track, interestingly Purgatorio is also the original title of the second part of the great Dante Alighieris The Divine Comedy book. And like this famous piece of literature Manimal deliver a spell blinding piece de resistance on this song.

Manimalized is a colossal tune with its pounding delivery shaking the walls and upsetting the neighbors this is a pure Metal Meltdown!

The next track is full of heavy Bass lines and Powerhouse drumming as Spreading the Dread sees you singing along, banging your head and raising the Metal Horns in salute to these Swedish maestros.

And hell yeah Samuel Nyman’s influences shine through on here, with out a doubt a song Geoff Tate, Rob Halford and Kiske would be proud to of had in their repertoire.

Traitor hits and delivers a fiery punch to the guts with its message, again I can’t help drawing similarities to the Vocalists already mentioned as Nyman stretches his Vocal chords and the rest of Manimal seriously Rock n Fucking Roll!

Behind enemy lines is another pulsating rocker which sees the tempo brought down just a touch at first then ignites into more exquisite riffs and head banging delirium, which sees Nyman’s vocals take on a sinister effect.

Denial beats and bludgeons your senses with its angsty defiance.

Edge of Darkness has an edge of melancholy about it and the Guitar solo rips you a new one, it’s stunning.

The evocative The Fear within brings this work of metal excellence to an end.

What a tight extraordinary album Pugatorio is, its full to the brim of death defying Power Metal.

Hell to leather anthems and addictive tuneage this is one killer release to add to your collection and will hopefully see the worldwide recognition Manimal rightly deserve.