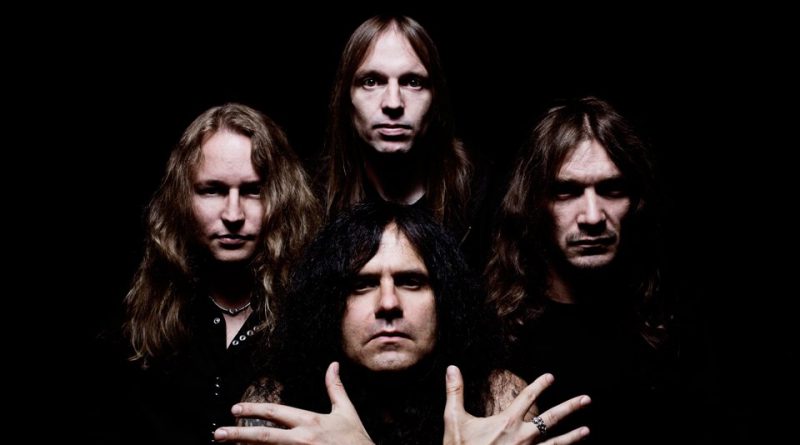 These Teutonic terrors were formed way back in 1982, then I would have been going through my Iron Maiden and Hair Metal phase and really didn’t start to appreciate Thrash and Death Metal until the end of the Eighties.

But having said that I often used to have a brief listen to these Germanic titans over the years but never really got into them, did not appreciate their art ’til later in life.

Often seen as the trailblazers of Death Metal and Black Metal they may have changed their style over the years, but have never swayed from their aggressive and forceful delivery but have been more melodic in their releases since 2001.

Kreator return with a solid Melodic Thrashing Album to please and invigorate the bands legions of fans.

From the marching militaristic intro with Battle Drums beating combined with Guitar and orchestral build up it will ready you for what is to come.

After Sixty seconds of “Apocalyption” its straight into “World War Now” which is a forceful, neck destroying insanity as the band gallop through this number like a steed racing through no mans land as the battalions of hell unleash their anger. This is a gigantic track as Vocalist Mille Petrozza Declares “World War Now”!

Then the best head banging, fist in the air sing along anthem I have heard in a while is the addictive and amazing “Satan is Real” you can see in your minds eye the hordes of fans punching the air and singing along to this at Wacken or some other big festival in the summer, this song is fucking huge!

The video that accompanies it is awesome too, seriously this song wont leave your head, I love this so damn much and remember “Satan is Real”.

Ventor on Drums beats the living hell out of his kit as “Totalitarian Terror” unleashes its fury, another one that’s gonna have you punching the air instantly as the terror and ecstasy of Kreator infests your being.

Title track “Gods of Violence” opens gently then the song ignites lighting up the skies as Christian Gieslers Bass thuds and the band choruses “We Shall Kill” its malicious intent and stricken fear oozes through as Sami Yli-Sirnio lays down some razor sharp riffs and Petrozza Snarls “As The Gods of Violence” come alive.

A tornado erupts as “Army of Storms” thunders in battering you senseless. Then “Hail To The Hordes” unleashes itself and yes you guessed it this is another one that’s perfect for a live setting! The chorus and driving beats pulsate deep into your body making your blood pump faster as you clench your fist, punching the air, as you bow down to the Metallic Majesty of Kreator!

“Lion With Eagle Wings” has a chugging rhythm section from the deepest pits of damnation mixed in with some seriously hellish riffs.

“Fallen Brother” and “Side By Side” are both catchy and memorable with an an-thematic refrain. The final song “Death Becomes My Light” is a seven minute epic. This is a fine ending that sweeps you away on a Thrash inspired joy ride of highs and lows to end a simply transcendent Album.

Also added to the mix on “Gods of Violence” Italian Melodic maestros Fleshgod Apocalypse lend their expertise with the orchestrations on a couple of tracks. So to sum up…

Personally I feel that “Gods of Violence” could already be one of the Best Albums of 2017 with only ten days in!

Is this the piece de resistance in the bands long and successful career? Maybe. Many of the bands earlier fans will say not! Of course it isn’t “Pleasure To Kill” but I say possibly this release could be one of the best in 2017!