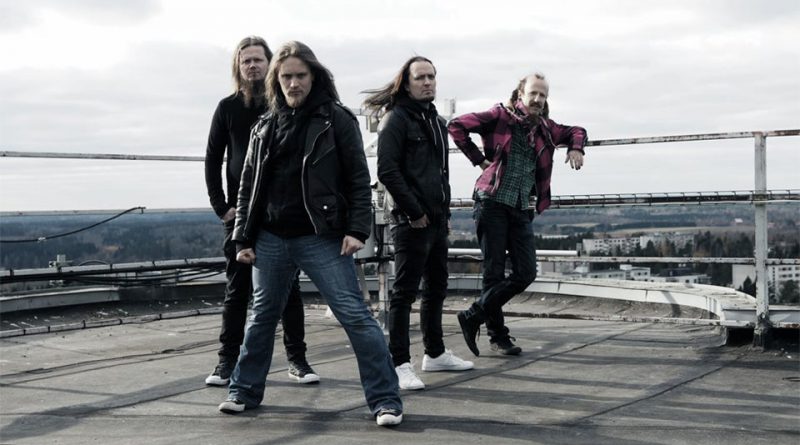 The band recently unveiled a music video for the song “Dead Man Talking”.

SOCIAL STAIN was formed in Lahti in late 2014 by Toni Broman (bass, Damngod, ex-Before the Dawn) who needed an outlet for his hard rock songs.

SOCIAL STAIN’s music is straightforward 90’s style hard rock, with a twist of metal and a feast of memorable choruses.

One can clearly hear the influence of such bands as Therapy?, Guns n’ Roses, Alice in Chains and Black Album / Load-era Metallica in SOCIAL STAIN’s music.

As the band consists of seasoned veterans with hundreds of gigs between them, there are no dull moments or shoegazing at SOCIAL STAIN shows – only total rock n’ roll action!