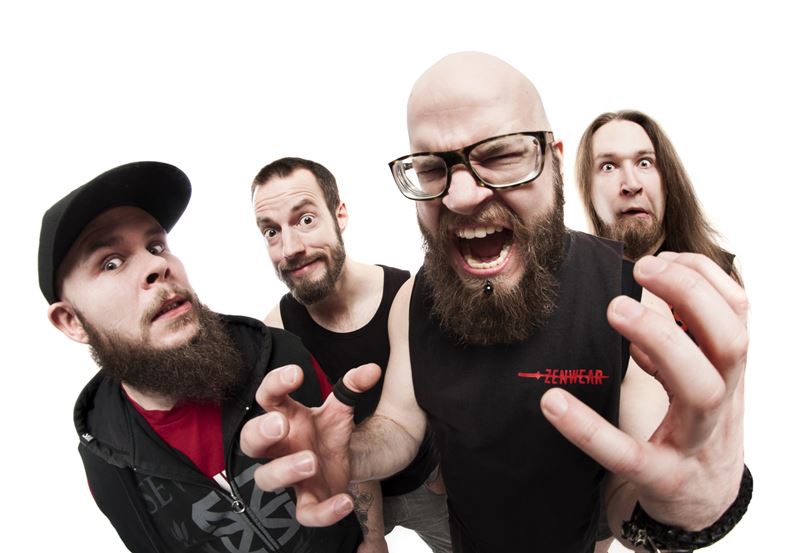 “Misanthropical” was recorded at Lauri’s studio Tuulensuu except for the drums. Mixed by Samu Oittinen from Diablo, Celesty, Korpiklaani, Sonata Arctica and Insomnium at Fantom Studio and mastered by Svante Forsbäck from Amberian Dawn, Amorphis, Apocalyptica, Ensiferum, Korpiklaani, Lordi, Sonata Arctica, Stratovarius and Waltari at Chartmakers.

Production and the sound sets PEEKABOO PRIMATE apart from the everyday generic metal sound with more organic touch but still with programming and modern elements.

The core message of “Misanthropical” is to display this human made world as ugly, brutal and harsh but sometimes also beautiful as it is – everybody wants to be part of the greatest party of our time before our species go extinct solely by our own hand. This spectrum of emotion is spread across the album.

The name PEEKABOO PRIMATE combines a joker like wackyness with more serious interpretation. This schizophrenia describes perfectly the contradiction we all face in our everyday lives.

PEEKABOO PRIMATE has become even more distinctive and recognizable. Branding the music as dystopia metal this four-piece is determined to make a stand with a vague smile delivering a combination of bouncy rhythms, unique sound and fresh production, provocative lyrics topped with melodies bound to stick inside your head.

Not to mention the live energy. It’s a constant stir of elements being mashed up when every now and then a spark will lit up a scene that is eccentric and truly unique.