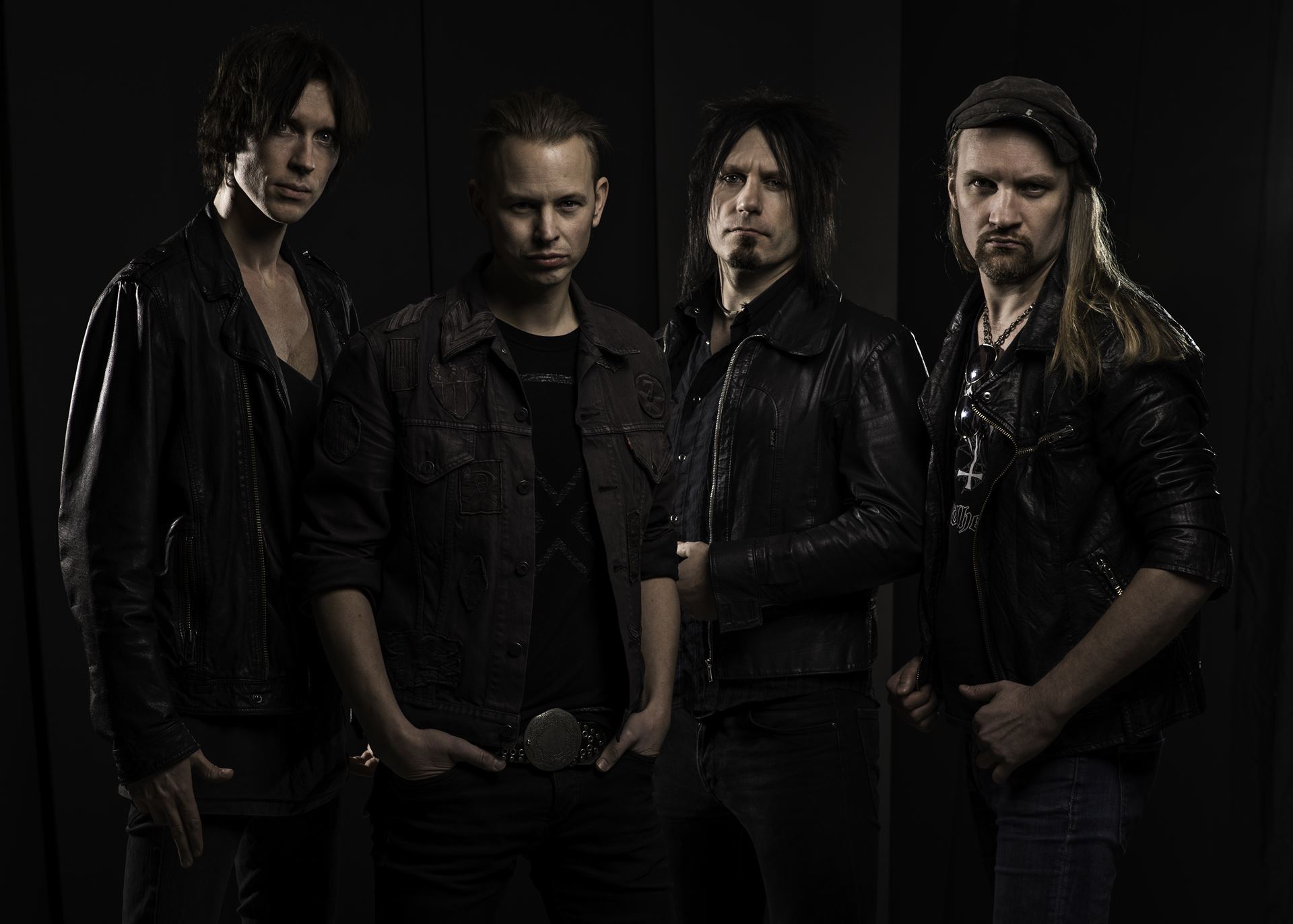 ECLIPSE, the rockers from Sweden capital Stockholm with their roots buried in pure 80’s soil. They’ve had ex-EUROPE Band guitarist Kee Marcello appear as a guest on 2001’s album “The Truth And A Little More”, as well as having had keyboardist Mats Olausson (Yngwie “Fury” Malmsteen) as a member. Here is the interview with Magnus Henrikson from Eclipse.

Do you still have a permanent keyboardist? We don’t have a live keyboard player nowadays. Because it just doesn’t work out due to work and family and stuff like that. Our keyboard player is Johan and he’s only playing in the studio. So we will continue as a live band of four and we won’t hire anyone new.

Why not? ”Laughs”, It’s not easy to find keyboard players that are committed to just one band. They’re usually free spirits and are involved with like 10-15 bands at the time, so it’s really difficult to keep them in just the one band. We thought about this and we came to the conclusion that the best thing for us was to just do this live without a keyboardist.

Now we’re a core of 4 guys that always got the time and that always puts the band first. So our decision was the most practical solution. If we had been, let’s say Bon Jovi or something like those guys having loads of money, then it wouldn’t have been a problem. But not having that makes this the best for us.

We’ve come quite far with our music. But reaching that point of Bon Jovi status, where you can make a living on your music selling records is still far away. As of now our records isn’t the main priority. Our priority is to get our name out there playing live, and that’s how we survive.

Thinking about you not having a keyboard player on stage, how do you back that up? There is a technical solution to that, nothing to speak out loud really but it is back tracks. But I can’t just sit here lying to you, now can I? Laughs! If you only knew! You shouldn’t reveal too much about your colleagues playing out there, but it’s common practice among several bands.

If they have problems with some difficult parts with, let’s say, the vocals, they’ll throw in parts that are actually back tracks. For example Steel Panther, they have guitar back tracks.

It feels a little tacky but hey, everybody does it and the competition is fierce. You don’t want to be that band that sounds less than the other.

What’s your opinion on Steel Panther? Well, It’s not really anything I listen to. Sure, they’re a great laugh, but I have a greater time watching their interviews than their live performances. I like when they’re just sitting there and babbles shit. Nevertheless, the music is well played and they’re all good musicians. But as said, it’s not something I usually listen to.

Thinking about your album ”Are you ready to rock”, you made a re-release on this. Yes. It has to do with our record label Frontiers. They owned the rights for that record for 5 years by contract. We noticed when those 5 years had passed that it still was a great interest for this record and the price for the album had increased on E-bay.

It had really made it to the collectibles. I think it was printed in 6.000 copies from the start. Upon the release of ”Bleed & Scream” it sold even better and there was a heap of new fans wanting that album once again. We felt sorry for those fans and hey, let’s face it, is a really good album!

So we printed this with our own funding, remastered and re-mixed by our singer Erik. We even threw in 4 bonus tracks, some new line notes and cover just because we love our fans out there.

Bands using producers that are not members of the band usually take a while to find their sound. Do you think that you found yours from the very first beginning? No, I think not. We found our true sound with our third album ”Are you ready to rock”.

That’s when we started to find our own sound and feel. We were playing around writing songs, and when we composed ”How to mend a broken heart” we felt like this is it! This is the Eclipse sound! We found our own style of riffs and our melodies all at once.

So I have to say that was the birth of the Eclipse sound, and still is today. Don’t get me wrong though, we have evolved and will continue to do so. Especially considering our new album more than ever.

You’ve got really good reviews of your album ”Armageddonize”. Yes, and for us it was truly out of the blue. We wrote that in a jiffy and recorded the album in warp speed, so we never actually knew what was happening! We just recorded it and sent it to Frontiers Records and we didn’t have a clue about how it would be reviewed.

But then, all of a sudden the great reviews started to flood, so we were like ”what the fuck?!”. Our previous record “Bleed & Scream” had gotten great reviews, so that old ghost kept hanging around making us doubt we could ever top that, but when ”Armageddonize” started coming together, the ghost faded away!

Are you guys hard on yourselves making music? Yes definitely, and you get more self critique for every album you make. That’s probably the main reason for ”Armageddonize” being such a consistent album. And of course, we would never release anything that we don’t feel is all that! It is really hard work to get a totally consistent album.

Sometimes you make one or two songs that stands out. But making an entire album standing out, now that’s hard work beyond belief. Yeah, let’s take the Rolling Stones for example. They’ve been around for like 600 years or so, and have they ever made a fully consistent album?

Exactly, they usually make one or two great songs on every album and the rest is just not that good. But we as a band can’t afford to make such albums because we’re struggling to make it up there and we want the attention. That’s why we can’t afford to release a so so album. We will instead just throw it into the nearest black hole, laughs.

Have there been any problems for you guys in the process of making this album? The only problem was finding the time to actually get to work all together and while working making every minute count. It was more like we were in the studio for a day or two, then all of a sudden someone had to take care of his day job.

So it did get kinda scattered sometimes. From a technically point of view we have Erik producing our albums who is like the greased lightning in the studio, which makes us like spoiled brats. Other producers could take half a day setting a delay, but for Erik, well, he just works his magic doing it in a minute.

Erik almost burnt out making this album. He had just finished wrapping up a production and then we had our own. We wrote the last lyrics a day before we had to send the album to Frontiers, so there were some chaos in the studio.

Tell us how you chose the track for your single. The song ”Stand on your feet” popped especially for us. It was in fact kind of a risk we took, ‘cause it’s kind of a pop sound to it. But it was a song we all liked and we felt that it would continue to deliver although played many times.

It isn’t really a typical Eclipse song but it grows on you while listening to it. So it was a shot at widening our fan base, and there are a lot of thumbs up out there, so thanks!

Since the Azaria Magazines largest audience today is seated in the U.S. Is there something you would like to say to our American readers? Yes of course, we are always open to play in the U.S. Under any circumstances, in any shapes! It’s hard to put together a U.S. tour, being a Swedish band, so for those of you who read the magazine, we are more than willing to put together a tour if there is someone who has good contacts. So feel free to contact us.

Even as the opening act for Steel Panther? Absolutely!