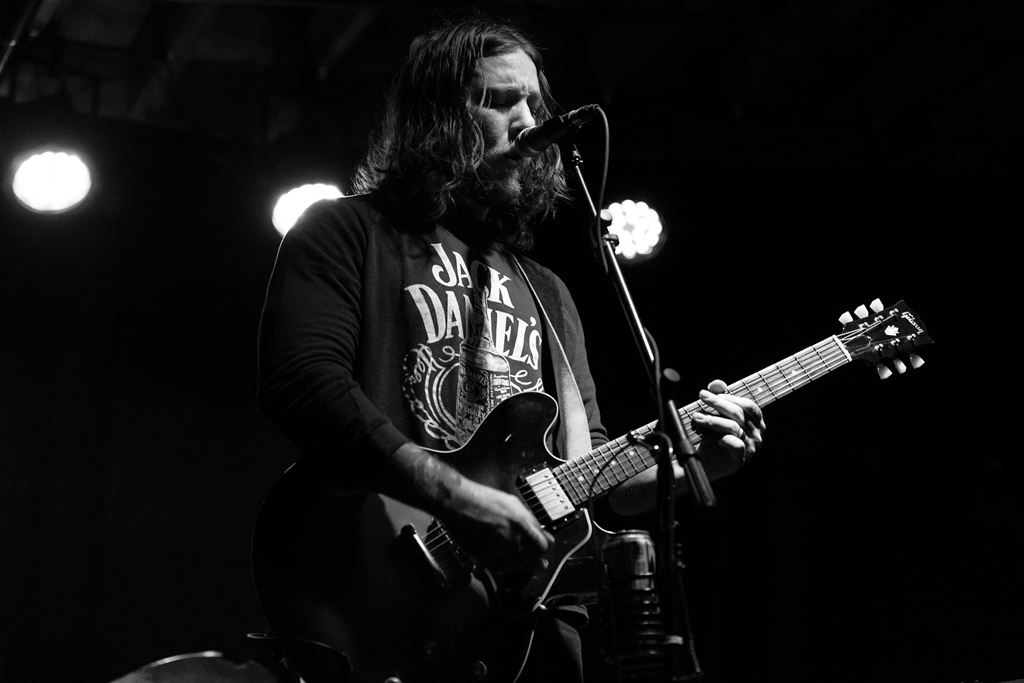 So I’m here with The Dirty Soul Revival and let’s get on with it. So what are you guys doing right now? Abraham; Listening to Primus while we drink beer and email venues. Gotta play ya know.

Nice, what do you like to play more Gavin guitar or bass? Um, they both have their advantages. I guess guitar is easier but bass is more fulfilling.

Trixie how did you come to play the drums? Well I’ve always loved music and a few years ago I really wanted to play an instrument. I played guitar a little bit when I was in high school but sort of let it go. And for some reason I thought that the drums would suit me well and yeah I love to play them. It’s one of the only instruments that when you get frustrated at it, you can hit it as hard as you want and you’re still playing the instrument.

So you’ve only been playing drums for a short time? Yeah about 2 years.

And how did you all meet up and start playing music together? Abraham; Well Trixie and I met in high school. we started dating when I was 16 and she was 14. We were together on and off and about 5 years ago we knew that each other was what we wanted and moved in together. We have been married now for almost two years and have two kids. Trixie; We met Gavin through Craigslist. Abe and I were writing songs and jamming in the garage and we really wanted a bass player to play with us so we put out a craigslist ad and Gavin answered. Little did we know he was a monster of a bass player, and guitar player, and drummer, and a great singer. Abraham; Gavin has more melodic sense than anyone I’ve ever met. Just a complete natural musician.

So you guys have some pretty awesome music videos that are also quite interesting. Tell us about those? Trixie; That is all because of my amazing friend Jason Busby. I went to a photo shoot with a friend of mine just to keep her company and see what it was like and the photographer was Jason. He asked me if I would like to take some photos and that began our incredible friendship. Abe and I had just stopped playing with another band when Jason asked if we wanted to make a music video. We only had one song that we thought might work as a two piece and so we recorded “It is What it is” for the video. We thought it would be fun to reverse the roles in the video. Instead of the man being a bastard and staying out all night and drinking too much let’s make it the woman instead. So Jason made this awesome video and we’ve all been at it ever since. Abraham; On “One Too Many Blues” we thought Gavin would play the part well but had no idea how well he could “act” incredible fucking stuff. Gavin; Yeah that was fun but the scenes with Star (the hot girl in the video) were pretty terrible to make. I had to make out with her and take a bath with her, life is hard sometimes but you just push through it.

So who do you guys listen to? Who are your influences? Gavin; Neil Young is a huge one for me. Both as a musician and a songwriter. I listen to Phish a lot, Zeppelin, Pink Floyd, Cream, AC/DC was a big influence early on. Abraham; The Allman Brothers are probably my favorite band of all time and one of my biggest influences, primarily Duane. I listen to a lot of old blues. My favorites being Charley Patton and Blind Willie Johnson. Derek Trucks is a big influence and I also love Bluegrass. Banjo was the first instrument I really got into so Earl Scruggs, Ralph Stanley, J.D. Crowe, and Bill Monroe are all heroes of mine. Trixie; The Beatles were the first band I got into as a kid and they’ve been a huge part of my life ever since. Rage, Nirvana, Etta James, the Stones, Dwight Yoakam and many others have continued to be a huge part as well. As far as influences probably Bonham and Pat Carney would be the biggest.

Those are mostly older bands, any newer bands? Trixie; Jack White and Alabama Shakes. Abraham; Yeah he pretty much saved music as far as I’m concerned. The Black Keys, The Devil Makes Three, and our friends from Colorado that kick ass The Yawpers! Gavin; Gogol Bordello, Grizzly Bear, Dr. Dog.

How many albums have you recorded so far? Trixie; Well we don’t have any studio albums yet but we do have a live recording from a recent show on SoundCloud. It’s called “live at the Mothlight” and you shouldn’t check it out. Gavin; and some stuff we’ve recorded ourselves in the garage. That’s how we got the tracks for the music videos.

How do you guys write songs? What’s the creative process? Abraham; I had written some of the songs before we started playing together and Trixie helped me iron them out. Once Gavin joined he made the songs we had really come to life and now I’ll usually come up with some lyrics and an idea of a song and Gavin and Trixie turn it into a song.

What do you think of the music business as a band so far? Abraham; It seems good. I think like anything else you get out of it what you put into it. We are really trying to just get out and play for everyone we can right now, trying to build a fan base and go from there. Gavin; We think that the people are out there that want to hear what we are doing. It’s just a matter of finding them or them finding us. Trixie; I think there is a resurgence of people wanting to hear old fashioned music the way it was done in the old days. Just people playing music for the love of playing music. You hope for money and respect and all that but if that is all you do it for then you probably won’t last long. Not that we’ve been at this for very long but it just seems as though if we were doing for buckets of money, well that doesn’t seem in the near future.

If you could play any venue what would it be? Gavin; Um, in terms of locally, The Orange Peel or the Civic Center. Dream venue Madison Square Garden, Red Rocks, the Gorge in Washington. Abraham; The Filmore/Filmore East of Old would be my all time favorite venues to play. Yeah Red Rocks I love, and to have a great show at The Orange Peel would be fucking awesome. Trixie; I would love to play at the cavern club in Liverpool. Being a famous Beatles land mark. Other than that, I’m happy playing in the garage.

Closing thoughts? Gavin; Uh, I like cheesecake. Abraham; Me too! It’s the best of all deserts, except for maybe mint chocolate chip ice cream, it’s delicious. Trixie; Thank you to Dreamland Vixens and Azaria for getting our asses in this incredible Magazine! We sincerely appreciate it.