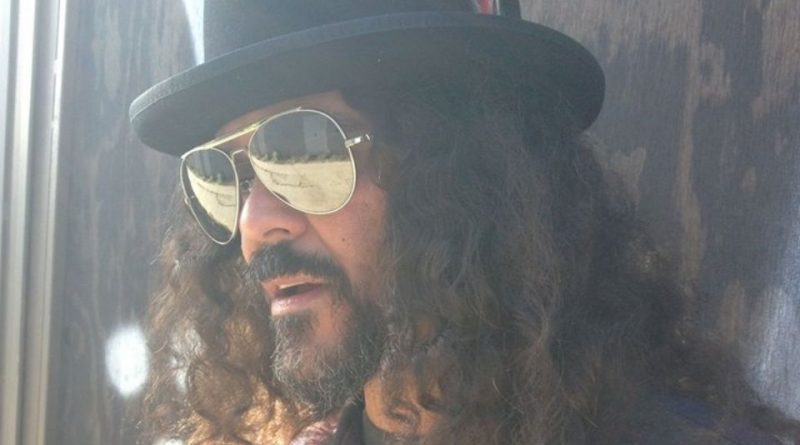 “Some days I just like to sit outside under the sun with my guitar and sing my songs to myself. It relaxes me. It also reminds me of what my songs are about.“

That’s how we know and love Brant Bjork. The Kyuss- and Fu Manchu legend, a true Godfather of the Desert Rock. After the successful release of his thirteenth solo album ‘Mankind Woman’ on September 14th 2018, Heavy Psych Sounds Records is more than proud to re-release almost all of Brant Bjork’s back catalogue!

The first two reissues, out this September, will be the classics ‘Tres Dias’ and ‘Local Angel’.

Produced, recorded and mixed by Tony Mason at the Back of the Moon Studios, Joshua Tree, CA in 2007, this 8-track mostly-acoustic album has been a mix of old and new tracks, often described as Brant’s most laid-back record to date.

The history of Brant Bjork is a winding narrative of relentless, unflinching creativity, for someone so outwardly laid back, he’s never really taken a break. And while Brant Bjork has shown many different sides of himself on an album like his 2007’s ‘Tres Dias,’ when you’re listening to Brant Bjork, you know it, because there’s no one else who sounds quite like him.

To celebrate his re-releases on Heavy Psych Sounds, Brant Bjork has just released a wonderfully intimate new music video to the track ‘Too Many Chiefs…’, taken from the ‘Tres Dias’ reissue. Lay back and hang with the desert rock icon, watch Brant Bjork’s new video right HERE!

Says Brant Bjork: “Chiefs, as I call it for short, is one of the first songs I wrote for what would be my first solo record, Jalamanta. Its been a song that has traveled with me for almost 20 years now and its like an old friend.

The feelings of being outcast and using the frustration to fuel your dreams for something more spiritual than material. the title “Too many chiefs and not enough Indians” is about America’s obsession with “winners”. Authority and false prophets. Without Indians there would be no Chiefs.

‘Tres Dias’ is out now on Heavy Psych Sounds, a must-have for any collectors, genre-fans and beyond

The original artwork has been designed by Bunker/Bjork, the re-issued artwork comes by Marcello “Rise Above” Crescenzi.

The next reissue Heavy Psych Sounds will proudly release will be the laid-back psychedelic ‘Local Angel’, Brant Bjork’s fourth solo album and considered as the most intimate and peaceful record of his career. A soul spirit that probably stands alone in Brant Bjork’s catalogue and outside of it. The re-release of ‘Local Angel’ will be coming out September 28th 2018.

Says Brant Bjork “Been a long time since I celebrated these recordings. Couldn’t think of a better time to re-release. Fresh art to represent “brand new old times”. Enjoy!”

And to celebrate his old and new releases in style, Brant Bjork will be heavily touring again this Fall! Make sure to catch the desert rock legend live on his upcoming European and US tour dates, with very special guest SEAN WHEELER: