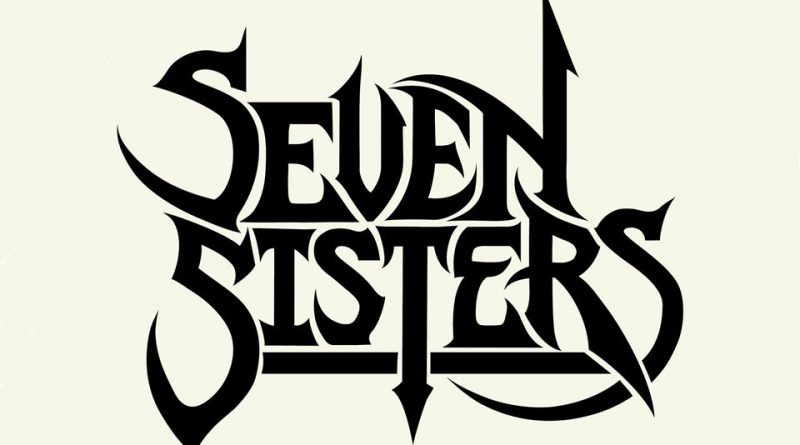 SEVEN SISTERS are keeping NWOBHM alive and it’s great to see them get well-deserved attention in the media worldwide.

Having first got into Heavy Metal when the NWOBHM was in its prime back in the late Seventies and early Eighties thanks to bands such as Praying Mantis, Tobruk and Mythra, and with the reformation of many of these bands over the years it’s awesome to see a band of youngsters keeping the grass roots of the New Wave of British Heavy Metal Alive.

These Londoners released their Debut “The Warden” and Single “Lost in Time” in 2015 and are about to unleash their debut Album the self-titled “Seven Sisters” on the world in early October.

The band have an immense old school debut on their hands here. Every track will get your blood pumping, reminding you of the glory days of the NWOBHM but with a modern spin.

“Destiny’s Calling” opens proceedings and the first thing that hits you is the clear and precise sound with some kick ass guitar riffs and vocals from Kyle Neil, accompanied by the second guitarist Graeme Farmers solo wizardry.

This band means business. What a stunning opener leaving you totally gobsmacked and in awe.

”Highways of The Night” races out of the traps with pounding drums and racing guitars, engines scream, taking you down the Metal Highways off the night, this is old school head banging delirium as you strain every sinew in your neck, turn this up to 12 and delight in this bands pedigree.

Steve Loftin bashes the hell out of his drum kit, the guitar solos are divine, this is only the second track and I am exhausted already! this is going to be killer live! Javi Rutes Bass thunders rattling your bones then bang!

The drums explode and the guitars envelop you, the room is a frenzy of banged heads, this is fast and dueling Metal just how it should always be.

So three tracks in you find yourself spell bindingly addicted, punching the air and rocking your whole body to these London bad boys!

Title track and Band Name is the longest song called Seven Sisters (obviously). This is an epic seven minutes of your life as the band remind you of some of the best Metal icons to have ever graced a stage, you need to listen yourself to this song and come to your own conclusions, simply put it is imposingly glorious and like a “Rainbow in The Dark” it captivates your mind, body and soul.

“Pure as Sin” sees the riffs coming thick and fast as the band continue to amaze and enthral you. “Commanded by Fear” see’s thunderous rhythms pummel you senseless, believe me there is no let up as penultimate number “Gods and Men Alike” continues to amaze and beguile you with the bands huge guitar sound and death defying killer rhythm section going full out.

Final song “Cast to the Skies” opens gently then becomes a full on Metal Meltdown of fist punching and head banging delight.

Without a doubt the band wear their influences heavily on their sleeves but so what it’s original! Seven Sisters are not a lazy cover band taking and copying another bands glory. This is the bands own material delivered with honor. This is a Powerful and Glorious no bullshit Metal release.

Seven Sisters are the real deal, check them out as they are about to embark on a big UK tour soon. Seven Sisters Rawk!