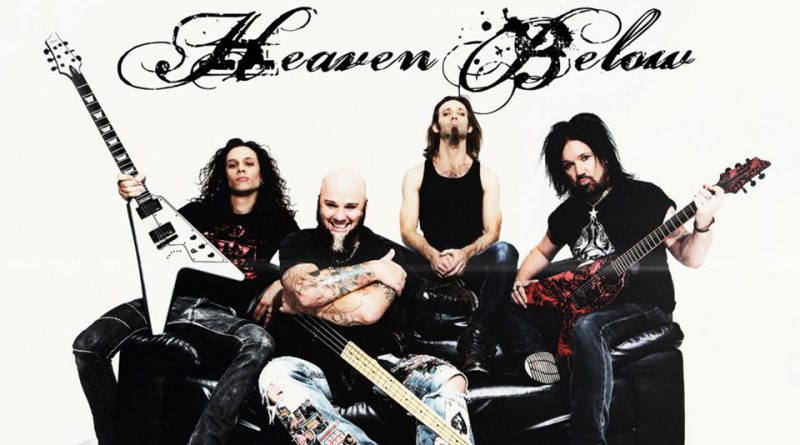 US rock and metal band HEAVEN BELOW, which features Union Underground and Lita Ford guitarist Patrick Kennison, released the first official video for the song “Renegade Protest Movement”, the track is taken from their upcoming album “Good Morning Apocalypse”, due out via David Ellefson‘s EMP Label Group/eOne Entertainment (USA) and SPV (Europe) on Friday, October 14th.

Fronted by Kennison, who also handles guitar duties, Heaven Below has been breaking ground in LA for several years with their brand of progressive hard rock and metal, self-releasing three LPs and a series of EPs, spawning several active rock hits, including “When Daylight Dies”, and the band’s monstrous take on Rush’s “Subdivisions”, featuring a guest appearance from the one and only William Shatner.

Says Kennison, “Nearly 4 years ago the band and I decided that we’d like to start working on a concept record. We knew how ambitious it sounded to even consider that, but once several legendary artists offered to help make it become a reality, we knew we had something.”

He continues, “With over 30 songs written, we narrowed it down to the top 12. Udo Dirkschneider, Lita Ford, Jason McMaster, and Kobra Paige all stepped up to lend their amazing talents. We feel this album is a powerful culmination of old school metal meets current fresh metal.

This kind of undertaking only comes along once in a lifetime, and we think we captured the moment on “Good Morning Apocalypse”. The timing was perfect with EMP’s outside of the box approach to new music.”

EMP operations and A&R director Thom Hazaert says, “Me and Patrick go back a long time, and I was, and still am, a huge fan of The Union Underground. He is an extremely talented player (and vocalist), and Heaven Below was doing some amazing stuff, so it was a really great fit.

I got the record from Patrick, sent it over to David, and we were both blown away. We are definitely blessed to continually find new amazing rock and metal artists who are pushing the envelope the way Heaven Below is.”