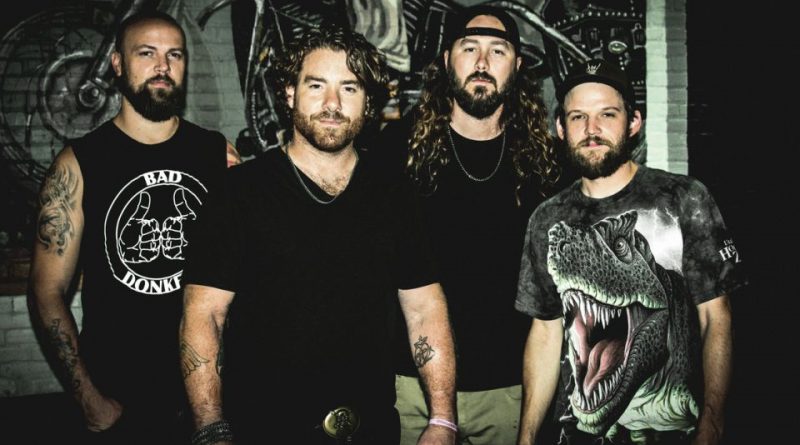 The video features Dave Kindig, owner and operator of Kindig-It Design and also star of Bitchin’ Rides on the Velocity Network Tuesdays at 9/8c.

Dave, who is a fan of the band, let them use his garage and cars for the video.

“I have always wanted to do a music video like this – motorcycles , bad ass cars and chicks. It’s my teenage dream come true” says Neal Middleton.

Taylor Richards adds, “The video for Hard and Loud is a perfect blend of Hard rock music with Bitchin’ Rides! We were hanging with Dave Kindig and shooting the scenes with muscle cars and motorcycles doing burnouts! Chics rockin’ Out, and fire pits a blazing! This video was definitely Hard and Loud!”

The band is currently on a headlining tour with bands Joyous Wolf and Messer.

Royal Bliss VIP Experience and tickets are available at http://www.royalbliss.com/tour

Hailing from Salt Lake City, Utah, Royal Bliss has been making their mark for years with a consistent work ethic of writing, recording, and touring that have helped build the success of the band. Their wide variety of influences from Led Zeppelin to Johnny Cash mold the sound that is uniquely theirs and cannot be denied.

Their music speaks to the common man, tells a story and rocks out with a good party crowd, all the while being delivered by the inimitable deep and raspy voice of front man, Neal Middleton.

Royal Bliss began as a rock band achieving early success with their music on several rock radio stations. In 2009 their Capitol Records debut Life In-Between charted on the Billboard Top 200 and was #1 in Billboard Heatseekers.

In 2012 the independently released Waiting Out The Storm reached #9 on the iTunes Rock Chart and hit #2 in Billboard Heatseekers. In 2014, Chasing The Sun was recorded and released again on their own label, Air Castle Records, with distribution through Universal (INgrooves) Music Group.

On the Chasing The Sun album the alternative roots of the band shined on the album’s single “Cry Sister” that climbed the Active Rock chart to (#31) and was Royal Bliss’ 6th Single to crack the top 50 on Active Rock radio.

They have toured with acts such as Kid Rock, Lynyrd Skynyrd, Buckcherry, and have grown into seasoned and dynamic live performers with a solid fan base across the country. “We have always done our own thing by singing songs about things that are real and that are happening to us in the current state of the world” Says Middleton.

* No Messer or Joyous Wolf