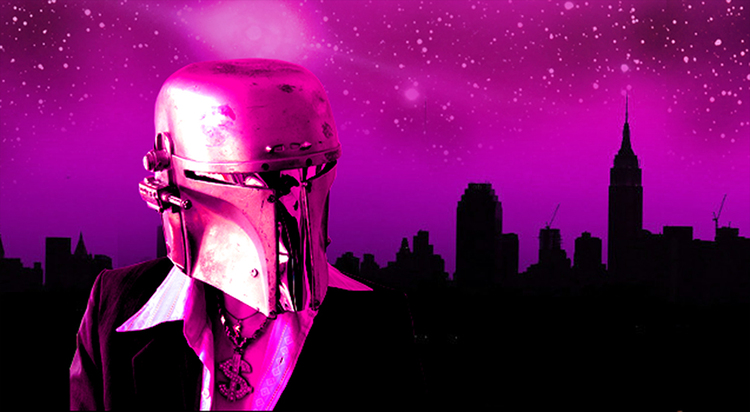 Joey Garfield spends an afternoon with The Sucklord, talking Star Wars, Gay Rights, and why Super Villains have the upper hand.

The Sucklord is to toy making what DJing is to Hip Hop. He remixes all kinds of toy figures into a new reality from a grab bag of action figures and collectables that have long been lost somewhere in the back of our collective memory and/or box in mom’s basement.

He is making a limited edition Wizard series for the Ghostrobot pop up shop in retribution for not championing his stint on the reality show Work Of Art.

“I have an idea I don’t know if its particularly relevant to the pop up shop per se but I’ve been wanting to do this one thing for a long time. The thing that makes it possible to do arrived recently.”