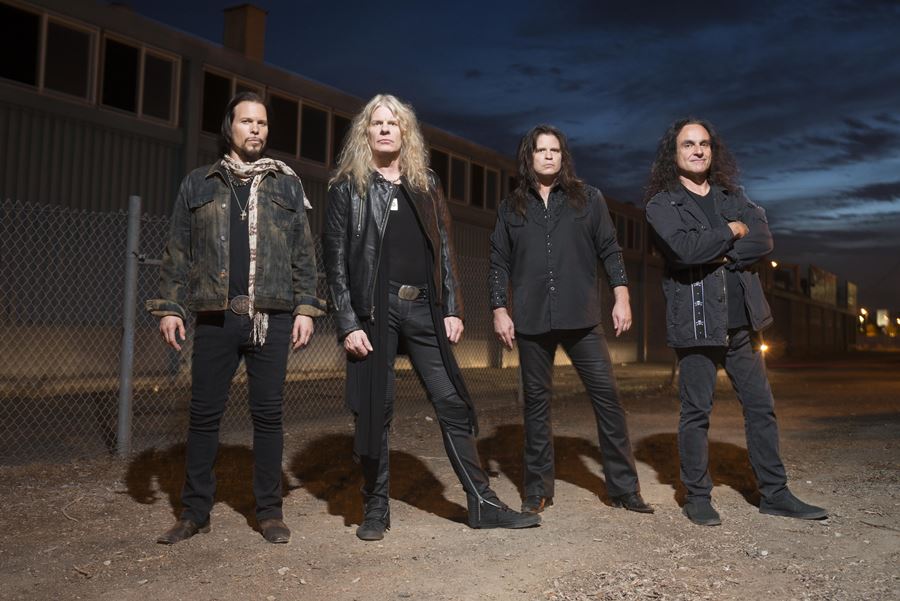 This new band from California sees the collaboration from some well known musicians and familiar faces. RESURRECTION KINGS is centered around the talents of Craig Goldy, former DIO guitar player.

Everything starts from a set of demos he recorded with singer Chas West, a guy with an unbelievable set of pipes, who worked in different periods with such band sas BONHAM, FOREIGNER, TRIBE OF GYPSIES and other Hard Rock bands from the LA area.

Out of those demo sessions, the song Livin Out Loud strongly impressed Frontiers Records President Serafino Perugino who asked Craig to build up a project/band around that musical concept. He also suggested Sean McNabb for bass (LYNCH MOB, DOKKEN, QUIET RIOT), while Craig brought in later former DIO bandmate Vinny Appice on drums.

Frontiers in-house writer and producer Alessandro Del Vecchio (Revolution Saints, Hardline, Rated X) offered his services to the band and wrote a few tracks to round up the material that was available.

The resulting album is an impressive example of Classic Hard rock with a contemporary production and edge. Think Whitesnake 1987 mixed with DIOs Dream Evil with a touch of classic Zeppelin and Rainbow and you will not be far from the end result.

An extremely strong record where the musicians are able to stretch their wings and please their numerous fans!