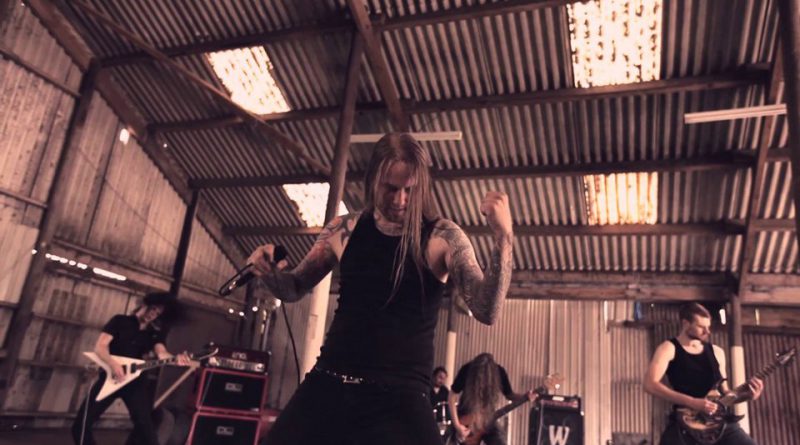 Ready to set the world on fire Mors Principium Est Return with their Sixth Album “Embers of Dying World”.

Having first gotten into the band back in 2012 when I was sent “And Death Said Live” the love for these Melodic Death Metallers grew and continued to grow with 2014’s “Dawn of The Fifth Era” so with bated breath and a bit of impatience I got the new Album to Review.

I just couldn’t wait to hear the full release! And its pretty darn special!

Opening with a symphonic build up that flows into “Reclaim The Sun” a song that’s already been released.

So many will already will be familiar with this song, its Melodic and sublime with hook laden catchy riffs and towering keyboards that will ensnare you as the band bring their brand of Melodic Death Metal and ingrain their sound on your cerebral cortex.

Its a magnificent opener and instantly appealing.

“Masquerade” on the first listen I wasn’t to keen as its very keyboard laden, but it grows on you as the classical shredding and amazing riffs embed themselves, fully immersing you into the song.

“Into The Dark” is dramatic and intense as menacing growls draw you deep into the night as this song enchants and intrigues you.

The passion and ferocity continues as “The Drowning” builds into a crescendo of meaty guitar riffs with a pummeling Bass and Drum back beat.

Then we have the piece de resistance on this album, the beautiful, melancholic “Death is The Beginning” it opens with a doleful and sad female vocal that becomes colossal as Ville screams and growls. Oh my, this really sends shivers up and down your spine its frightening how beautiful and impressive this song is.

It moves you and scares you and the guitar solo cuts deep like a razor stinging into your soul.

“The Ghost” opens with a gentle feel then the blast beats kick in going for the throat with its speeding delivery.

“In Torment” like the previous track races along asking searching questions as “Darkness Has Fallen” full of Melodic Menace this is impressive and growls at you from the pits of damnation.

“Agnus Dei” is another stunning piece of musicianship and excellent arrangement with a flowing guitar, a Latin mass and choral backing.

The Agnus is “The Lamb of God who takes away the sins of the world”.

Penultimate track “The Colours of The Cosmos” steals you away from the brief reprieve of the previous track. This thunders and rampages into your presence with pulsating riffs and venomous outpourings of magnificence.

“Apprentice of Death” brings the Album to a close this is the darkest track which is eerie and atmospheric. It finishes off a quite outstanding Melodic Death Metal opus.

With the growls and menace from Ville Viljanen combined with the stupendous Guitar solos from Andy Gillion added in with the powerhouse section of Teemu Heinola on Bass and Mikko Sipola on Drums I think this could be the bands finest work to date.

I feel this is without a doubt most addictive and absorbing release so far.

Mors have had their fair share of line up changes but now seem to be a settled unit and I feel this shows equivocally on “Embers of A Dying World”.