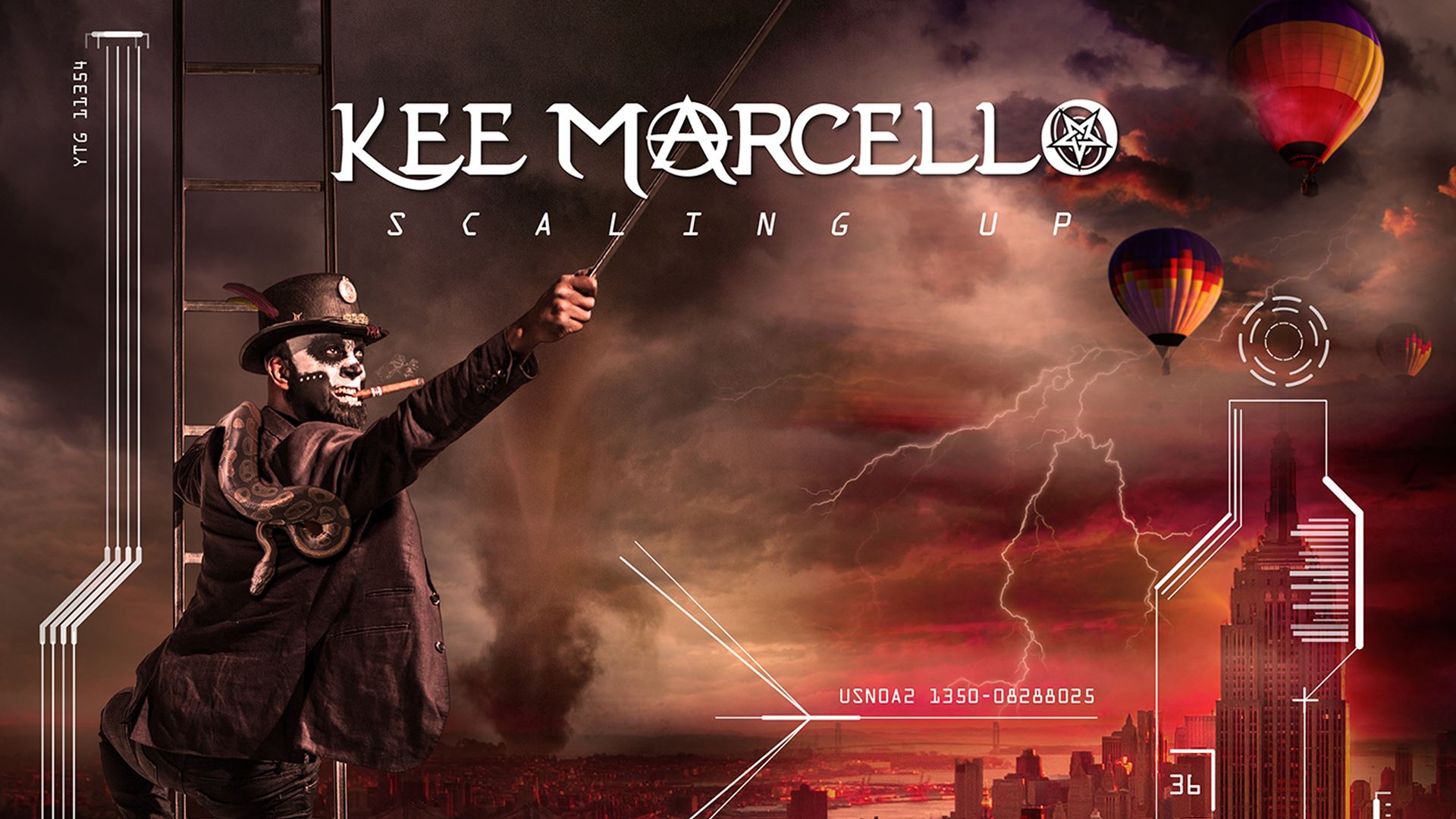 With the new album SCALING UP, Kee Marcello is using his past as a springboard and takes a giant leap into the future! With the new music firmly grounded in the songwriting tradition that made him a multi platinum rock star in the first place, Kee explores the boundaries of Melodic Hard Rock with contemporary performance and a cracking production. This is an album his fans will die for!

Kee Marcello is a unique artist in the Hard Rock genre. He has never stopped evolving and growing as both a writer and a guitarist and the new album shows how much he managed to raise the bar yet again with both his guitar playing, singing and writing.

Conceived and recorded in the winter and spring of 2016, Kee Marcello’s new album encompasses all the influences and genres in which the swedish musician has been involved since the start of his career.

Besides the obvious resemblances to EUROPE’s classic sound (particularly of the “Prisoners in Paradise” album, from whose original demos, Kee recouped two songs “Wild Child” and “Don’t Know How To Love”, which were re-arranged and re-recorded from scratch), Kee winks his eye also to his past experience in Easy Action. So you can hear a touch of Sleaze and more classic Hard Rock based approach on songs like “Fix Me”, “Blow by Blow” and “Soldier Down”.

They sold over 30 million albums, landed no 1’s on the sales charts in 26 countries and shared the biggest stages with acts like Metallica, Def Leppard & Bon Jovi. Kee is now enjoying a new wave of success as a TV persona in Sweden and being involved in more exciting musical projects.

Look out for Kee Marcello playing in a town near you soon!

Produced and arranged by Kee Marcello