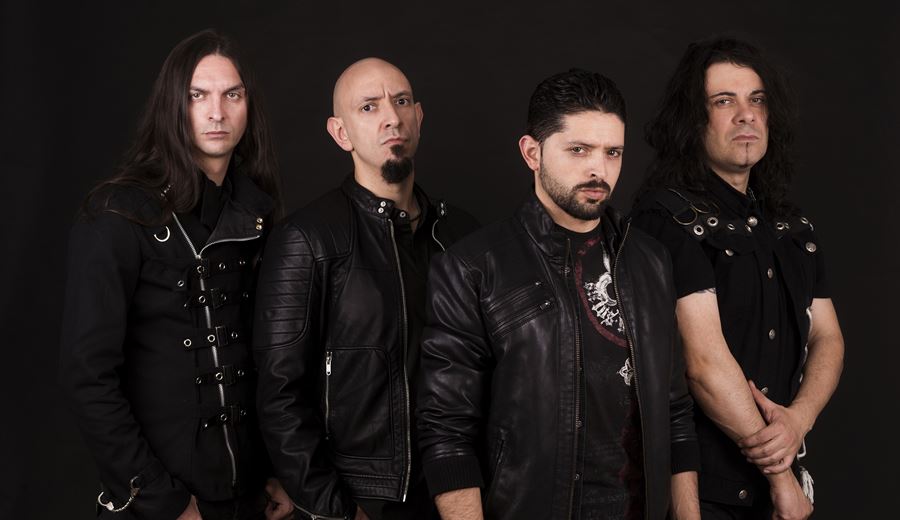 The guys got together after the farewell tour of Tony and Andy’s previous band, Saratoga. Tony and Andy decided to join forces with one of the best singers of the underground scene in Spain, the Chilean born, Ronnie Romero.

The vision was to form a metal band with a modern approach, yet be catchy, melodic and progressive. After months of intense and hard work on the songs, the band released independently in 2014 their acclaimed self-titled debut album. Metal Hammer Spain deemed it, “The Best Metal album released in Spain this year”.

The band supported the release with a few shows and then the news of Ronnie Romero joining the new incarnation or Rainbow broke out.

This brought the band to the attention of the international media. In particolar, the words of Ritchie Blackmore describing Romero’s voice as a “cross between Ronnie James Dio and Freddie Mercury” piqued hard rock and heavy metal journalists and fans’ interest.

Now Lords of Black are ready to conquer the world with “II”, an album which will blow the minds of fans of Modern Melodic Metal. Once again co-produced, mixed and mastered by Roland Grapow (MASTERPLAN, ex-HELLOWEEN), “II” is not only the follow up to their outstanding and acclaimed debut album, but is an album with superbly crafted songs that will instantly become absolute metal classics.

Tracks like “Merciless”, “Everything You’re Not”, “Insane”, “New World’s Coming” and “Shadows of War” showcase the heavy and complex yet very melodic style of the band.

The song “The Art of Illusions Part III: The Wasteland” is the conclusion to the trilogy that commenced on the debut album, while the song “Cry No More” is inspired and dedicated to the late, great, Phil Lynott.

This is a band destined to stardom – embrace them now and enjoy the music!