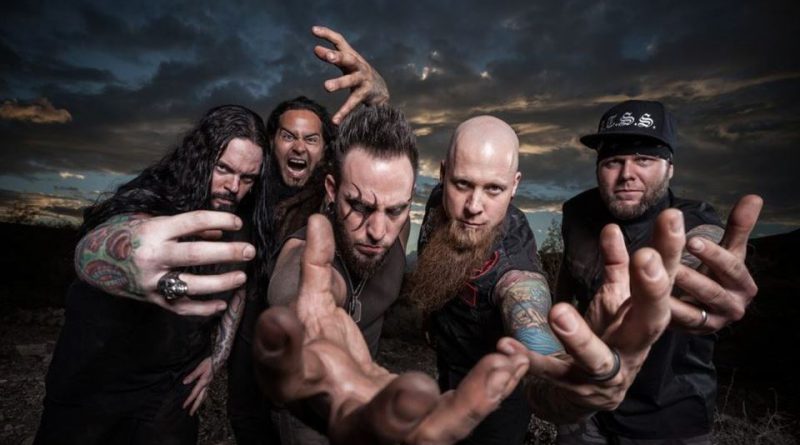 Opening with the industrial tinged “Now or Never” we enter the maelstrom of banged heads and cutting lyrics that smash and bruise making you feel fucking defiant with the searing theme which will have your blood pumping. It’s a strong opener with a clear message and one of my favorite tracks on the album.

The next song causes shudders, vibrating into your head as Travis Johnson semi growls and sends a silver bullet of appeasement to tell you he’s “Making My Amends”. This is a song I can personally relate to. It’s a song to make you feel strong and stand damn proud about your achievements in life.

Yes you may have fucked up in the past. but now ya making amends to yourself and others.

The premiere single “Feed the Fire” is another fave of mine and it is easy to understand why the band released this song first.

It had wide airplay in the States and the video that accompanies this track is a must see.

The song deals with cycles in ones life be it addiction, trying to be healthy yet still slipping back at times to your old ways, one am guilty of. Who isn’t? Relationship dramas and the fact that life isn’t one easy ride.

The chorus is enormous and shakes you to your very core. “Rotten” is grungy and explodes into your head.

To be fair I wasn’t taken with this song at first, but it’s a grower.

The dirge like deep lyrics embed themselves as the down and dragged nails groove emanates into the air. “Marching Dead” does exactly what it says it marches and dominates as you get ready to “Smell the Kill” the empowering lyrics make you taste, feel and indeed smell the kill.

“Till Death” is a chunky groovster that leads into another favorite of mine.

“Step up” is about the damn hard fight through life which isn’t all sunshine and rainbows. Its partly inspired by Rocky Balboas battle from a no one to a someone.

A little-known fact is that I used to be a huge Rocky film addict growing up. This song makes me smile!

As you wait for the bell to ring a ding ding, right left, left right step up!

But its also about your own personal fight and demons. “Truth in The Sky” and the “Other Side” follow continuing to absorb you as you get to the final song the actual title track “As the Sun Sleeps”.

It’s a huge finish and an admirable Album as the demons come alive and get ready to rock your night, as they are out to capture your soul and your innocence.

On first listen if am totally honest I wasn’t too sure about this release.

The opener I dug right away but the rest has taken some getting into. Having read some piss poor reviews from other sites which are totally unfair regarding this release, obviously, these “Reviewers” (sic) haven’t really listened to this Album.

It is a mix of the different sides of this thing we love called. HEAVY METAL!

It needs to be appreciated and not treated with throw away comments and contempt. So, by the third listen yeah, I had totally gotten into “As the Sun Sleeps” is full of Hard Meaningful Metal and will be awesome to listen to at the gym, cruising down the worlds highways or kicking back and having a beer in the summer.

So I say “As the Sun Sleeps” is not gonna change the world but damn it’s a tidy release from a band that lives and breathes in the city that never sleeps. Las Vegas Baby!